Agnes Tirop, an award-winning athlete who broke the 10-kilometre women race in Germany in September is dead.

People Daily Digital has established that Tirop who represented Kenya in the 5,000m race to Tokyo Olympics was found dead in her house located in Iten, Elgeyo Marakwet county.

Police believe that Tirop was stabbed to death by her ex-lover.

Speaking to this reporter Barnaba Korir who is the chairperson of Athletics Kenya in Nairobi Region said that she had stab wounds in the abdomen.

“The athlete had stabbed wounds on the lower side of the abdomen,” he said.

It is alleged that Tirop’s life was ended by her lover with whom they have been having issues for some time now.

Her death came only 10 days before she celebrated her 26th birthday. It has emerged that she was starting her pre-season training after she had taken a month rest after the Tokyo Olympic Games.

In the Tokyo Games, Tirop emerged fourth in the 5,000 meters women race.

Her winning ways started in 2015 when she won the World Cross Country title.

In 2018, Tirop won the annual Rediscover Nandi 10 kilometres race in Nandi County and this saw her bag ksh50,000 after she beat hundreds of contestants with a winning time of 34:17.

The Rediscover Nandi 10km race has been an annual sporting event that attracts hundreds of participants since 2006.

The deceased was also a long-distance runner who mainly competed in the 5,000 meters which she once said was her favourite.

In 2015 during the IAAF World Cross Country Championships, she became the second-youngest ever gold medalist in the women’s race after Zola Budd. 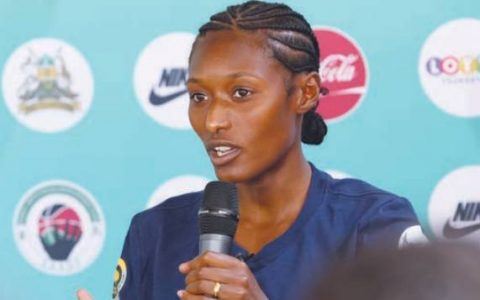 Top athletes who died at their prime