In a video making rounds on social media, Khalwale also attacked KETRACO CEO Fernandes Barasa who is reportedly eying the gubernatorial position, faulting him for not employing Kakamega residents during his term in office.

In the video, Khalwale is seen addressing a group of seated men while fronting his bid for Kakamega governor seat ahead of the August 2022 elections.

"Savula is in court for stealing money. He is accused of doing so with his two wives and his child," Khalwale said, adding that the case has damaged Savula's reputation.

Khalwale's statement comes after Savula was roughed up by a section of youths while allegedly dishing out handouts in his constituency.

In a video making rounds on social media and seen by People Daily Digital on Tuesday, October 12, the MP is seen trying to communicate to the youths who were shouting him down.

"We do not want money. Do not take that money," the charged youths who had circled the MP could be heard saying.

Some of the youth can also be heard telling the MP that they were ready to listen to what he had to say on the condition that he does not give them money.

In the video, the MP was led away from a school playground where he was with the youths who refused to listen to what he had to say.

One of the youths can be heard asking how much the MP was dishing out to which another replied that Savula was handing out Ksh100. 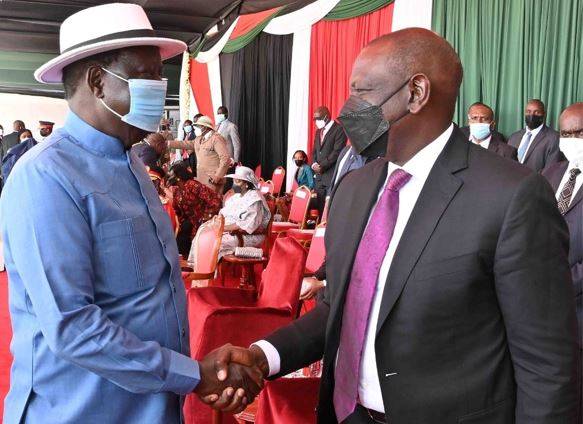 Khalwale, Cheruiyot clash over who should be President between Raila and Ruto

Former Machakos Senator Johnstone Muthama: I am a successful hustler