Lawrance Simon Warunge, the 22-year-old university student who early this years butchered his relatives and a mason has since pleaded not guilty of the offence.

Warunge who virtually appeared before Kiambu High Court Judge justice Mary Kasongo was faced five counts of murder contrary to section 203 as read with 204 of the penal code (cap 63) of the laws of Kenya.

The court set May 11th as the case's pre-trial date and also directed that the accused be remanded at  the Nairobi Industrial area remand prison.

The accused was being held at the Mathari National Teaching and Referral hospital after it emerged that he was not fit to be prosecuted due to mental imbalance.

However, early this week, psychiatrist Dr. Ngugi Gatere said that the accused was fit to plead.

'He suffered from substance ause disorder at the time of the alleged offence. Currently, he is in normal status and is fit to plead', said the doctor in a letter.

Warunge shocked the world early this year when he confessed to the murder of his parents, two siblings and a farmhand, and had described his parents to police as “satanic and killers” had planned the murder for about three months.

He had, however, told the girlfriend that there was something he wanted to do that would make them live in peace, for the rest of their life.

During this period, even as he watched movies, he also practiced how to camouflage, and commit the horrendous act without being noticed.

An investigations revealed shocking revelations how the macabre massacre, which aborted three times with the second last planned for January 2, was planned and executed.

On the fateful Tuesday he tried to convince the girlfriend, a teetotaller, to drink and smoke bhang, in vain. He expected the girl to pass out as he rushed to his rural home and butcher his kin and come back. He had hoped to use the girlfriend as an alibi after killing his family using carbon monoxide.

Detectives from the Homicide and the Crime Scene Investigations Units at the Directorate of Criminal Investigations (DCI) headquarters later recovered crucial exhibits that has unravelled the multiple-victim homicide..

The suspect had alleged that he felt neglected by the parents, and that his younger siblings were also siding with the parents.

First, the shoe prints impressions at the scene of crime which were recorded and documented at the scene matched those of the shoes that were recovered in Mai Mahiu, Nakuru county where he had sought refuge.

Though it was initially suspected that there were at least three killers at the scene, the probe had confirmed that the suspect was alone. After his shoes got soaked in blood, he removed them and walked in the house in his socks. He would later put on the shoes which were recovered in Mai Mahiu before finally putting on a woman’s shoes. He bought the lady’s shoes in Thika.

Detectives managed, through thorough probe and suspect’s confession to establish what transpired that fateful day.

Warunge asked the girlfriend to buy for him a knife in Thika. The nine-inch knife, with a metallic handle, was among the exhibits recovered on Saturday.

At Thika, the suspect also bought a pair of trousers, a jacket, a lady’s shoes, a piece of wigs and a female doll. He later cut off the doll’s head.

From Thika, the suspect proceeded to Nairobi CBD where he visited Uhuru Park and Holy Family Basilica.

Fearing that he could be searched at the church, he proceeded to one of the supermarkets where he deposited his luggage which were in a red carrier bag, containing the things he bought, plus the knife.

He left the supermarket with the luggage tag, leaving his bag behind, and proceeded to the church. At around 4pm, he went and boarded a Limuru-bound passenger vehicle and on re 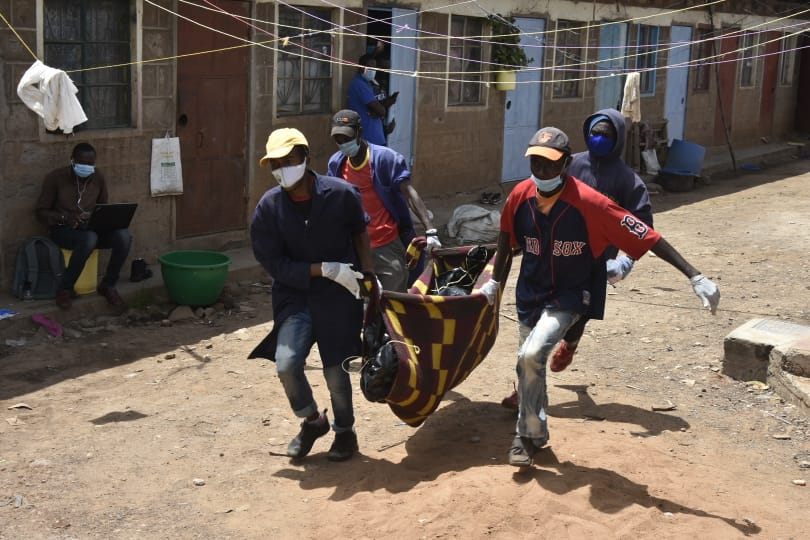