His is a life full of twists and turns. Though Chief of Defence Forces (CDF), General Robert Kariuki Kibochi had always wanted to join the military, his desire was to be in the Air Force and not in the Army where he ended up. But he has no regrets.

He abandoned high school in preference to soldering. But he now holds a Master’s degree in international studies and is about to complete his doctorate degree on Collective Security in the East African regions.

Summarily, his 40-year journey in the Armed Forces has paid off. He is on the homestretch of his career in which he is now at the apex of the country’s disciplined forces and has very little to complain about.

Kibichi took over from General Samson Mwathethe early this year. In his first interview as Chief of Defence Forces (CDF), Kibochi opens up about his daily itinerary, limited free time he utilises looking after his livestock and playing with a grandson and the daunting assignments of a military officer, including his own highs and lows in the line of duty.

Kibochi is respected in military and diplomatic circles for his knack for reading, writing and general scholarly works.

He authored a book titled A Soldier’s Legacy. He says that - like any other soldier - he likes keeping fit and even takes part in the annual Lewa Marathon in Laikipia sponsored by telecommunications provider Safaricom and the Standard Chartered Nairobi Marathon spearheaded by First Lady Margaret Kenyatta.

He is the third head of military in the history of independent Kenya, after retired accomplished Generals Daudi Tonje and Julius Karangi, to grant interviews to the media though he is the first to open up about his personal life in and out of office. He is also the first head of the military to come from the Signals Department.

“My day starts when I wake up at 4am. Because we are also Christians, I begin with a prayer after which I go to the gym where I spend about 45 minutes before taking a shower and have breakfast.

My office is 15 minutes away from my residence so I am normally in the office by 6.15am,” said Kibochi.

In the office, he is brought into what he describes as ‘situational awareness’, which is a daily brief and titbits on “what is happening in the theatres that we are in” that include the plight of Kenya Defence Forces (KDF) troops in Somalia and other trans-border engagements.

By 8:15am, Kibochi will be receiving the Situation Report at a meeting that encompasses his principal assistant, Vice-Chief of Defence Forces Lieutenant-General Levy Mghalu and for Major-generals in charge of Operations, Intelligence, Logistics and Medical, after which he goes to meet his boss, Cabinet Secretary for Defence, Dr Monica Juma, who he lavishes with a lot of praise as a steady, experienced, eminent and respected hand on issues of diplomacy and strategy in the region.

Depending on the say’s diary, Kibochi says he leaves office not earlier than 6pm. Part of his dealings being to engage external workers soon after meeting the Minister, though sometimes he goes out of his office at Department of Defence (DoD) headquarters to meet his officers in the field in other parts of the country or even abroad, like those in the AMISON Force in Somalia.

In an internal interview segment dubbed KDF Leadership Profiles organised by the Department of Public Affairs office for an online technology and innovation news outlet known as Inquisitive, the General reveals that he abandoned his A Level classes at Nyeri High School in present day Nyeri county to be drafted into the Army, thus starting a four-decade trek that would eventually perch him at the apex of Kenya’s defence forces.

Kibochi says that when growing up in the Gilgil division of Nakuru county and even while attending classes at the nearby Koitalel School, he and his colleagues used to be fascinated by Kenya Air Force planes that  overflying the area to and from Lanet Military Barracks, a phenomenon that attracted his deep but unfulfilled ambitions to become a military pilot.

In office where he is the 10th occupant since independence, the General merely executes his “critical” mandate with ease on grounds that his is a constitutional office established in 2010 by the current Statute Book and whose terms of reference are clearly stipulated in the KDF Act.

“Ours is a chain of command structure, right from the Constable upwards to the General. I am the head of the military.

I am assisted by my Vice, who is a Lt-General and three Service Commanders in-charge of Air Force, Army and Navy.  CDF provides military defence advice to the National Security Council chaired by the President.

CDF is a key advisor to the Council together with others members who are Internal Security and National Security Intelligence,” he stated.

On relations with the public, Kibochi says, the citizenry should expect comprehensive security cover “and nothing less” during his tenure that has his eye on the ball in so far as protecting Kenyan borders and territorial integrity are concerned.

KDF also engages in corporate social responsibility in addition to partnering with other arms of government to execute other missions of national importance such as rehabilitating the Kenya Railways line in different parts of the country.

He says he rarely has free time such as being off-duty or going on taking annual leave, but within the limited time he gets, “I like fitness and keeping fit. I like fit people.

I also spend time with my grandson and look after my cows and goats. As you know, when you are out of this place, you must be able to do something productive for to the country.

So I take care of the goats and cows, which will keep me busy when I leave. I also run in the Lewa marathon and the Nairobi marathon organised by the First Lady.

Kibochi previously served as Communications Adviser to the revered General Daudi Tonje and as Assistant Chief of defence Forces under General Karangi. He also served on a peacekeeping mission in Sierra Leone as Chief of Staff for the East African Force.

Kibochi reveals in the interview that at one point when the salaries and allowances of public servants were being harmonised by the Salaries and Remuneration Commission , he (then serving as VCDF) and other top KDF officers took the then  agency’s chair Sarah Serem (now Kenya’s ambassador to China) on a familiarisation tour of Somalia where Kenyan troops are serving on a peace-keeping mission under the AMISON umbrella to personalise witness what soldiers go through ahead of preparing salaries schemes for them.

He says that unlike in the past, education has become an essential component of military training and officers once recruited are encouraged to go for regular courses to advance their intellect and skills, thus widening their chances of promotion.

Kibochi reckons that whereas he and most soldiers in his generation grew up in hardships and their recruitment and training was, therefore, much harder and tougher, today’s recruits are children who have been brought up by middle-class parents who have means.

“We have, therefore, had to redefine our training doctrine. Our officers today have higher education and working in a much technologically evolved environment. Unlike in the past, all the weaponry is now electronically control,” he observes.

Kenya’s top soldier picks out his tour of duty in Sierra Leone where he, then a Lt-Col, participated in the UN peace-keeping mission to liberate the West African country, “which is now one of the most vibrant on the continent,’ as the highest point in his career and a moment of great joy.

On the other hand, the 2016 attack on Kenyan troops in Somalia by the Al Shabaab terror group at El Adde, goes in history as his lowest moment in the military, a development that gnawed at him immensely as he was the commander.

Kibochi says he bases his work on military ethics of loyalty to the nation, duty and commitment ingrained in him from the beginning of his career and selfless service, a call to serve the nation. 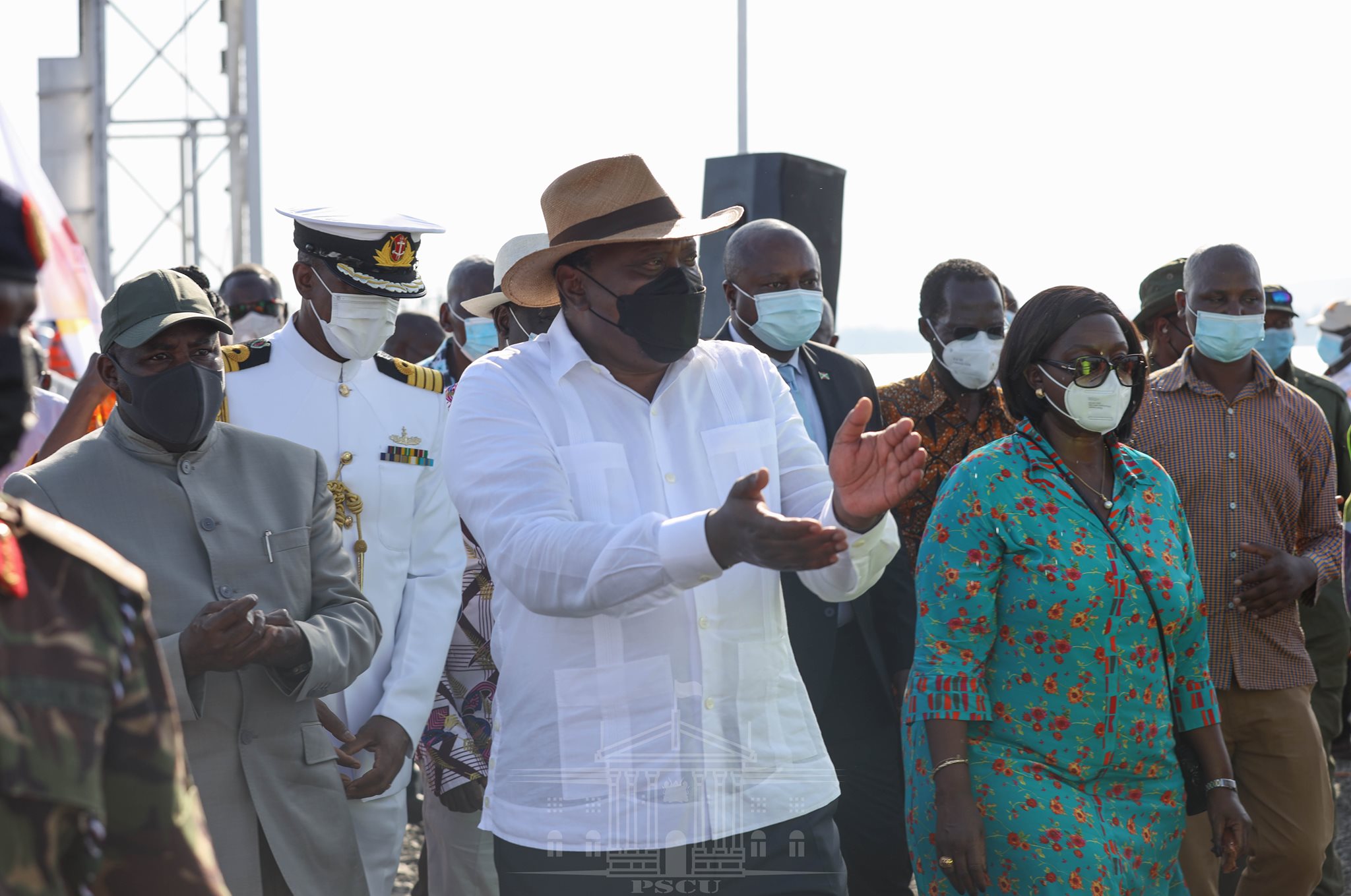