The second term of the 2021 academic year resumes today after learners took a  one week break.

The term is scheduled to run through to December 23 with no mid-term break, in yet another strained programme to cover as much of the curriculum as possible.

Schools will also be expected to strive to deliver most of what is expected of the curriculum, especially for Class Eight  and Form Four learners, who will sit the national examinations early next year.

The crush programme, designed to recover the nine months lost last year when schools closed after the outbreak of Covid-19 pandemic, has also been financially straining to parents.

Other than being expected to pay school fees four times in year instead of three, parents, especially those with children in private schools, have had to carry the heavy burden of the cost of text books and other requirements for the delivery of the Competency-Based Curriculum (CBC).

“The money has been released to schools and no school should have any justification to send children home,” Magoha said.

But head teachers say money is yet to be reflected on school accounts but are optimistic it will happen by the end of the week.

Secondary principals had last week called for the release of the money to schools before they reopen.

He also urged parents to pay fees on time.

“We need money. We closed the first term without funds in schools based on the number of Form One students who were in school.

What was released was based on the other students number. So we are asking the government to release funds because if they do not do so, schools will continue suffering,” said Indimuli.

He also said it is critical for the government to continue encouraging parents to pay school fees despite the harsh economic times brought about by the pandemic.

“We, as teachers, are also parents and we know that Covid-19 has interfered with the financial flow but the schools must run. It is pointless sending children to school then you do not pay fees and you expect the school to run normally,” he said.

The KESSHA chairman said schools will listen to the government’s directive not to send children home but that should not be an excuse for parents not to meet their obligations.

“Parents should appreciate that fees was reduced in boarding schools so it is just goodwill that they too reciprocate to ensure schools go on,” he said.

Yesterday, a handful of learners started to stream back to school for the start of the second term.

At various matatu termini across the country, hundred of  learners were scrambling for limited public service vehicles to carry them to their destinations.

“There are very few vehicles today. We have been queuing here for the last two hours with no vehicles in sight.

I think the majority of the schools are opening tomorrow,” said Alexander Ochola, a parent who spoke to People Daily at the Nairobi offices of the Blue Line Shuttle which plies the Nairobi-Kapsabet-Kakamega route.

A majority of bookshops and school uniform outlets in Nairobi remained closed because yesterday was a public holiday.

“I have gone to several bookshops only to find them closed yet my son is required to go to school with some books. I don’t to know what to do,’ said Alice Wahome, a parent.

In Mombasa County, pockets of learners could be spotted at various bus stations to catch transport to school.

At Mwembe Tayari terminus and Buxton Stage, several students were boarding vehicles to travel to school ahead of the official opening today.

“My child is travelling to Nakuru county where she studies. We have taken advantage of today’s holiday to send our children back to school. The problem is that fares are high,” said Jacinta Njeri, a parent.

Coast Matatu Owners Association chairman Salim Mbarak warned that any matatu that will take advantage of the schools reopening to hike fares will be impounded and the owner charged.

The official says the association recognised the economic difficulties that Kenyans are going through.

“We are asking operators to be considerate and not to increase bus fares. If we get reports that some Saccos have taken advantage of the reopening of schools, we will deal with them.

We urge passengers to report to the police if they see any matatu overcharging,” Mbarak told People Daily. 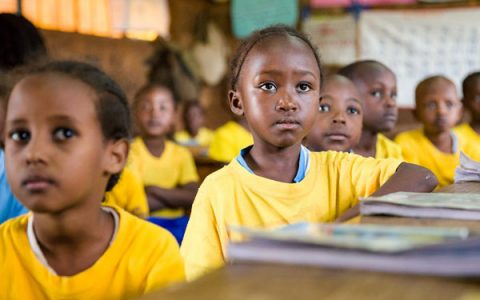 Do not burden parents with illegal school fees