Education officials in Nyanza region have hailed the just-ended learners mop up, saying it has contributed to the realisation of 100 per cent Form One transition.

Records from the Ministry of Education indicate five out of six counties in the region achieved 100 per cent secondary school transition rate.

The counties are Kisumu, Homa Bay, Migori, Kisii and Nyamira. The five are among 17 counties that Education Cabinet Secretary George Magoha announced on Thursday has having attained total transition.

As at Friday, only Siaya county had not recorded a 100 per cent transition rate in the Nyanza region.

County director of education Nelson Sifuna said nearly 99.4 per cent of students had so far reported to secondary schools, adding that the schools had recorded an overwhelming enrolment of Form Ones.

As a result, he said, a number of the institutions’ facilities are overstretched.

“The turnout is extremely high to the extent that some big schools are overwhelmed. Therefore, we have achieved a good percentage,” he said.

Speaking to the People Daily yesterday, the education official said the admission was a success despite the hurdles most parents had to grapple with to ensure children join high school. They cited lack of school fees as a major challenge.

County director of education Isaac Atebe said the turnout was overwhelming considering that some learners come from very poor backgrounds.

He applauded parents for enrolling their children to school despite financial constraint most of them faced because of the Covid-19 pandemic effects.

“It is important to note we have hit 100 per cent transition. Our children joined schools in and outside Kisumu,” Atebe said, adding that a few girls who are expectant were admitted in various schools and are waiting to join later after they deliver.

In Kisii, County Director of Education Pius Ngoma said about 500 students among 36,883 candidates who sat KCPE in the county did not report to secondary schools.

Ngoma said some learners relocated with their parents to other regions outside the county because of the effects of Covid-19 pandemic while others opted to pursue technical courses.

He, too, cited lack of school fees and poor home background as factors that hindered some students from transiting to secondary school.

According to Ngoma, cases of orphan students were encountered in the county.

“Generally, the transition rate was good despite a few challenges that learners faced in the exercise,” Ngoma told People Daily.

Nationally, the ministry said a total of 1,129,637 (98 per cent) had been placed in Form One in all public and private schools.

“Statistics show we have successfully achieved the spirit of 100 transition policy that has been enforced by the government over the last four years,” Magoha said in a statement. 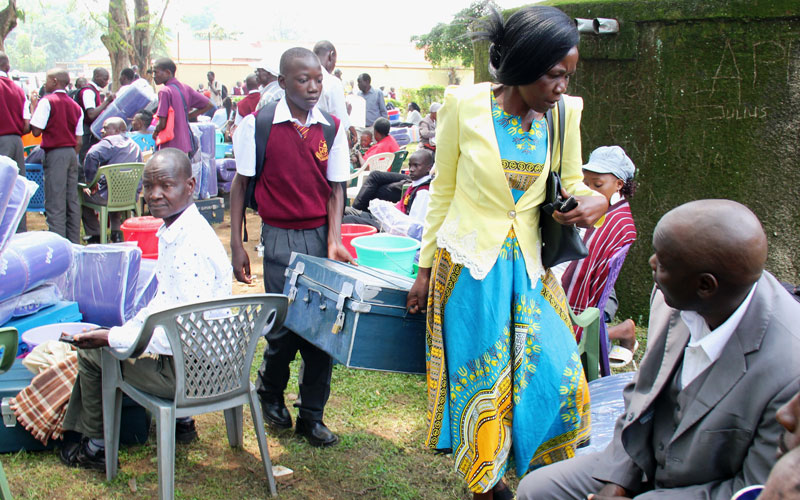 Headache as 100pc transition policy fills classes to the brim