The government was yesterday asked to address challenges facing the secondary school education system, including poor performance and over-stretched infrastructure.

Regional Education Learning Initiative (RELI), a consortium of 70 education organisations, said secondary education is a critical career path that should not be compromised.

RELI Country Lead Samuel Otieno said more than half of the students scored D+ (plus) and below in the 2021 Kenya Certificate of Secondary Education (KCSE) exam.

“Of the 826,807 pupils who sat the 2021 KCSE, 495,686 scored D+ and below. This is indicative of a secondary education system that has failed more than half of the students,” said Otieno, at a press conference in Nairobi yesterday.

The organisations said failure of young people to perform well in secondary school has serious ramifications on their future.

“Education plays a significant role in societal transformation and to facilitate this, progression to university or further training must be attained and depends on achievements at KCSE,” he said.

African Population and Health Centre researcher Benta Abuya said there has been a growing trend of poor performance in KCSE examination with 67 per cent of candidates in the past four years scoring  D + (plus) and below.

“What happens to 495,686 students who scored D+ and below and do not know where to go from here? How do these students cope with and recover from the stigma associated with failure? These issues need to be addressed as a matter of urgency,” she said.

Another issue they raised was transition rates from primary to secondary, saying that evidence shows that there has been a drop.

They cited the Economic Survey report of 2022 which indicated that primary to secondary school transition rate had dropped from 91 per cent in 2020 to 78.5 per cent last year.

This is despite the Ministry of Education saying that it achieved a 98 per cent transition rate. 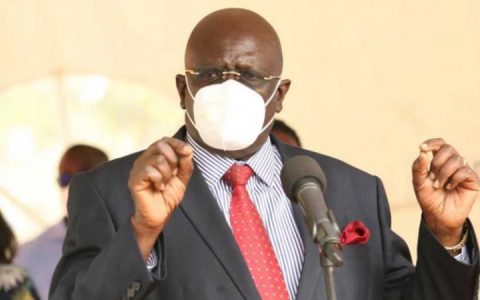 Magoha’s own report card since 2016