Magoha praises his management style after PSC stripped off his powers

Education Ministry Cabinet Secretary George Magoha has attributed the "success" at his ministry to his leadership style, hours after he was stripped off human resource powers by the Public Service Commission.

Even as the pressure to apologise continues to mount on the CS over his "idiot" slur to an educational officer, Magoha on Saturday praised his "different leadership style" crediting the success at his ministry to it.

In a statement, the CS said his different leadership style has proved successful, priding on his considerable experience.

"While I do concede that I am not perfect, in the process of reforms of the magnitude required to improve service delivery in the education sector, I also recognise that this process is bound to generate resistance if tangible results are to be achieved," he said.

The CS cited his performance track at the Jogoo House based office accrediting the success to his management style.

Since he was sworn in on March 26, 2019 CS Magoha has reduced absenteeism from 60 per cent to zero and installed Cctv cameras, he said.

On the issue of field officer's perpetual absenteeism, the CS said he has made significant improvements and even identified competent officers.

On funds misappropriation, CS Magoha said his leadership has identified loopholes in the Ministry and deployed measures to curb the loss.

The CS cited how identifying inflation of the number of learners government from 8.47 million to 9 million has saved the government up to Sh752,594,740, annually.

Through his tough scrutiny, Magoha said he reduced the unit cost for a desk by Sh1,700 which will now see the government supply more desks to primary and secondary schools.

In a viral video, the CS is heard hauling words to Mr Mbaka and chasing him from a meeting he had convened while on a field tour.

The video has elicited reactions with calls to the CS to apologise to the official. Adamantly, the unrepentant CS has not issued an apology over his remarks.

The Public Service Commission on Friday said the human resource powers at the Education Ministry have been handed over to the Principal Secretary Belio Kipsang. 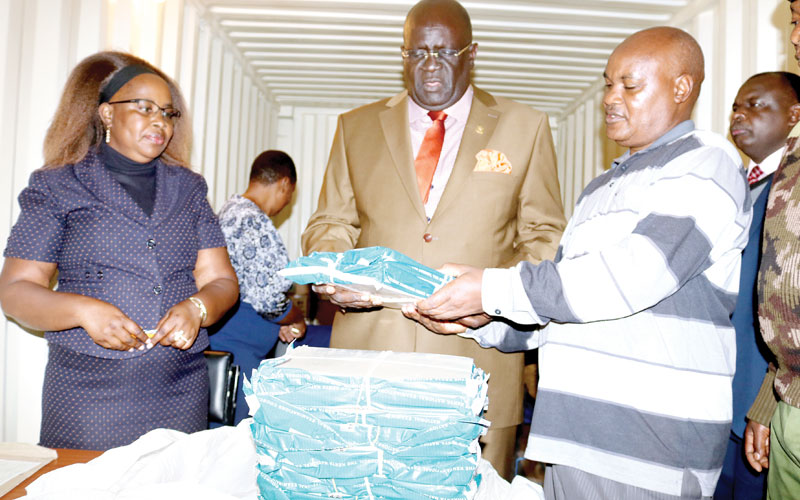