"There are some unfortunate remarks I heard last weekend, mostly targeted at Uasin Gishu County Commissioner Stephen Kihara. Kihara is one of our best public servants who has risen through the ranks from D.O, D.C.C, and County Commissioner. Uasin Gishu is not his first station, he has worked elsewhere. Let us stop profiling public servants, why should you insult officers who lack a platform to respond to your jibes?" he quipped.

The CS reiterated that his desk has not received complaints of misconduct or misbehaviour on the part of County Commissioner Kihara.

Matiang'i further voiced his disappointment in the protracted salvos directed at him and his PS Karanja Kibicho by the political class. According to him, the continued hurling of insults is lowering the standards of leadership in the nation.

While questioning whether himself and PS Kibicho have become part of the politicians' manifesto, Matiang'i advised the leaders to instead focus on selling their agenda to the electorate and steer clear from the unwarranted attacks.

"We have never seen leaders showcasing this level of pride and disrespect. Leaders who when given platforms to speak must drag the name of Matiang'i and Kibicho in their speeches. Is Matiang'i and Kibicho your manifesto? Keep to your political lanes, sell your agenda and convince the electorate why they should vote for you," he added. 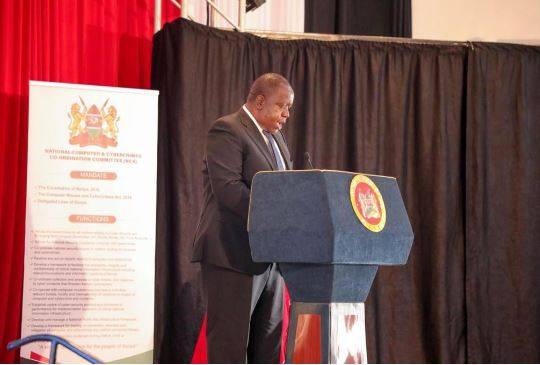