Health Cabinet Secretary Mutahi Kagwe said yesterday that the ministry is formulating a policy that would help regulate medical fees.

Speaking in Kigumo constituency, Murang’a county during the ground-breaking ceremony for a new health facility yesterday, the CS said the policy seeks to leverage on medical bills, especially in private hospitals, which are said to be charging exorbitant rates.

Kagwe said cases of private hospitals detaining bodies after families fail to foot medical bills are on the rise, calling for immediate action.

He said as per the law, bodies are supposed to be released immediately for burial and negotiations on how the payment shall be done should come after, but families have been forced to take more time to fundraise to get money to clear bills.

“Those in the private sector need to be humane and reasonable to bereaved families,” he said.

“What do you gain by holding a body for a month or even more just because a family is not able to raise the Sh2 million?” he posed.

Kagwe urged the Health Committee to help in fast tracking the policy once it is presented to Parliament for it to be enacted into law.

In addition, he also said the ministry is reviewing the NHIF policy to expand its scope and have it cater for the Covid-19 patients.

He, however, said the ministry will put a capping on how much can be charged for the services offered in both public and private facilities.

“It cannot be that an X-Ray at Kenyatta National Hospital is charged Sh500 and the same  costs Sh16,000  elsewhere yet the machines are the same and probably the imaging is done  by one person,” he said.

“We cannot let people to decide  charges on their own because this gives room for exploitation and people shall suffer more,” he added.

He at the same time urged the public to consider enrolling for the National Hospital Insurance Fund medical scheme, adding that with  a large number,  the contributions made shall raise the kitty and make it possible to cater for more services.

On Covid-19 updates, the Cabinet Secretary said the positivity rate has gone down but was quick to add that the country is  not out of the woods yet.

He said number of positive  cases  have dropped from 1,000 daily to relative number of 300 and those in the Intensive Care Units are less than 100.

Kagwe said the response towards the pandemic remains constant and the government is vigilant to keep the situation under control.

He said vaccination against the virus has helped bring down the positivity rate, pointing out that a total of 3,627, 280 vaccines have so far been administered out of which 2,737,982 are first doses and 889,298 are second.

On the daily update, 54 people tested positive from a sample size of 2,501. The positivity rate stands at 2.2 per cent.

The CS also said government is aiming at vaccinating at least 5.8 million people before Mashujaa Day Celebrations on October 20. 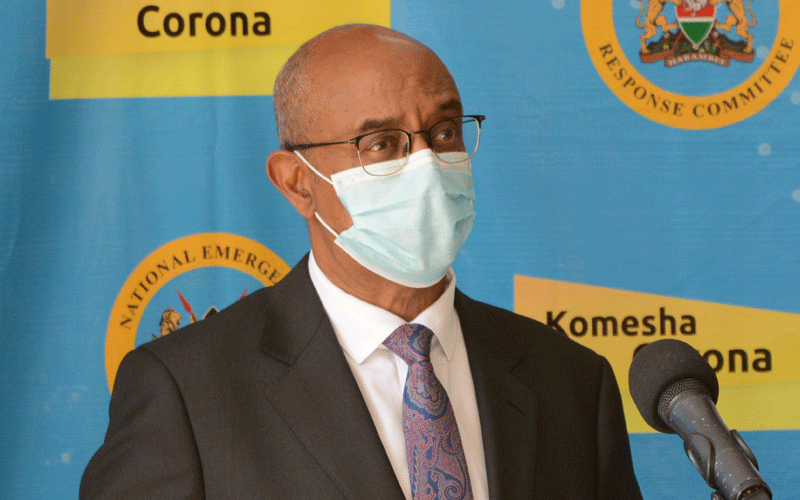 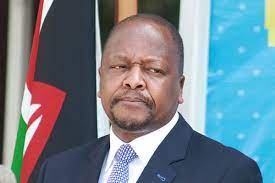