Embattled Ford Kenya party leader Moses Wetangulas woes deepened yesterday as his rivals intensified the battle for the control of the party.

A faction led by Kanduyi Member of Parliament Wafula Wamunyinyi, Secretary General Eseli Simiyu and Bungoma Governor Wycliffe Wangamati has planned a National Delegates Conference (NDC) for November 21 at the Bomas of Kenya in Nairobi.

They have been crisscrossing the country, meeting and courting party delegates to attend the planned meeting to elect new office bearers.

Speaking at Nyange Village in Mbakalo Ward, Tongaren Constituency at the weekend, the Bungoma Senator said he will not allow a few individuals to convene the NDC. He dismissed the purported meeting, terming  it illegal.

“The purported planned Ford Kenya NDC will not take place. Those invited will be shocked,” he said.

Wetangula has dismissed the Wamunyinyi-led faction, saying it had been sent to attack him. Wetang’ula said he had survived other battles and this one will not be difficult to tame.

The senator says the team was being used by outside forces to cause cracks in the party, plans he said would not succeed because the law recognises him as the genuine party leader.

“When the late Vice-President (Michael) Kijana Wamalwa was in Ford Kenya, he was despised and belittled by many, but with determination he rose to be the VP,” he said.He pointed out that other regions are firmly behind their leaders but in Western region, a few leaders are fighting their own.

“Do not listen to a few disgruntled leaders. Ford Kenya is a national outfit not a Bungoma party. The problem only lies in Bungoma not other regions,” said the legislator.

However, the Wamunyinyi faction has on the other hand insisted that plans to host the meeting were in top gear.

Wetangula says because of his legislative and oversight roles in the Senate, Bungoma is set to receive extra Sh1.7 billion from the national government. 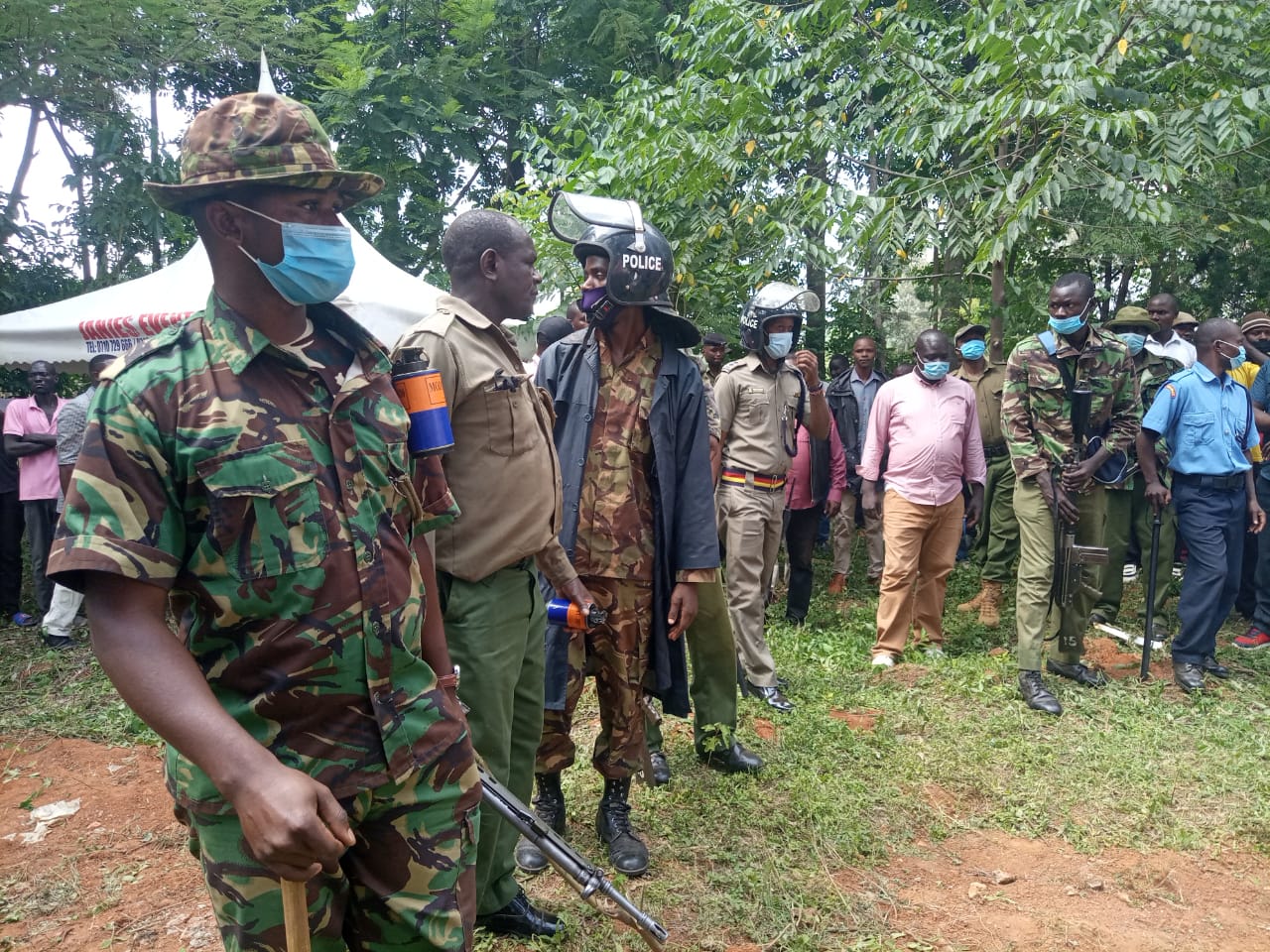 Gunshots as Governor’s supporters rough up MCA at Bungoma funeral

Intrigues on campaign trail as 20 cleared for Matungu