Kiminini Member of Parliament Dr. Chris Wamalwa is on the receiving end over his statements at the funeral of legendary marathoner Ben Jipcho.

Also, the MP said political leadership in Trans Nzoia county was 'to be reserved for his native Bukusu and their Sabaot' neighbours.

The former National Assembly Minority Deputy Whip hit out at ODM leader Raila Odinga for orchestrating his removal from the plum position and vowed not to support his presidential bid.

"It is Baba who made sure I cease being the Deputy Minority whip simply because of my relationship with the Deputy President.  In 2022 I will involve the Sabaots in my government as governor since Trans Nzoia is for the Bukusu and Sabaot communities," hE said.

His statements did not sink well with leaders in the county where his Women Rep Janet Nangabo and Hospital Ward representative Eric Wafula accused him of tribal divisions.

Wafula told the MP to respect ODM leader Raila Odinga and stop dragging his name into his own failings.

"You can't be invoking the name of Raila Odinga every time you run into problems. It is Raila who made you who you are, please kindly respect him (sic)," he said.

The leaders told the MP during a burial in his constituency that his actions were antagonistic and would lead to hate.

"Trans Nzoia is a cosmopolitan county with all 43 tribes having permanent residence.  You can not continue driving a tribal division among people when you are expecting to be elected governor in 2022," said MCA Eric Wafula.

Nangabo said days of political and tribal politics were gone and told leaders to embrace unity and co existence amongst all 43 tribes.

The furious MP dismissed the MCA ,saying he had been misquoted by a section of the media. 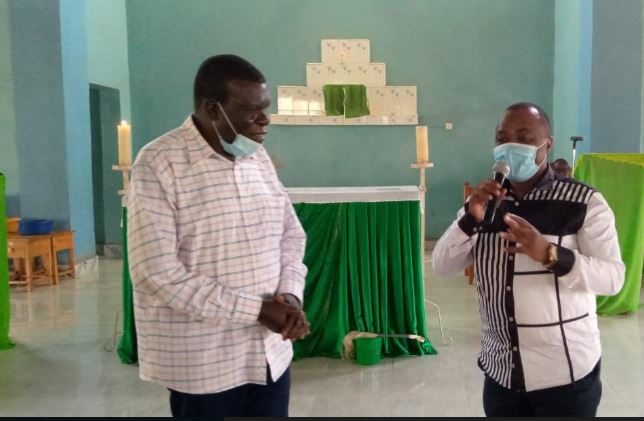