Mudavadi: Politics is not a beauty contest

Amani National Congress party leader MUSALIA MUDAVADI  has set his eyes on the country’s top seat in the 2022 General Election. He  argues that poor decisions at the ballot has hugely cost the country. He spoke to People Daily’s IRENE  GITHINJI on a wide range of national issues.

Q: What are your reflections on the year 2020 and where do you think the country is headed?

A: The year has been tough, especially the challenges that came with Covid-19.

There have been pressures of a depressed economy owing to the pandemic that hit the  entire world.

Quite a number of businesses had to close shop, which meant that sources of livelihood for thousands of families were  adversely affected.

However, we must not lose the fight. It is time to put the best foot forward and  recover.

Let us put our priorities right. We need honest leaders if this country is to move forward.

Initially, you had reservations of the Building Bridges Initiative (BBI) report, but today you are among its strongest advocates, why the change of tune?

Numerous proposals have been made over time, for instance, at the Bomas of Kenya meeting, I explained there were still some critical issues that needed to be addressed first.

I had highlighted issues in the document I felt needed to be re-looked into and a lot of them have since been adjusted.

That is why I later declared we move forward because  some of our demands and opinions can never  be met  100 per cent, but the changes have been made.

The BBI debate has been held for the last two-and-a-half years. It should be put to a close to enable the country focus on other pertinent issues.

If the referendum is due let it come, let Kenyans make their decision so that we can move on.

Covid-19 has had adverse effects on the economy and politics. What in your opinion should be done to put the country on its rails?

A: This is one of the reasons why I have said we need to urgently put the BBI debate to a close.

The critical issue is the economy. We should now be talking about how to invent jobs for the people, how we can recover from the devastating effects of the pandemic and most importantly, putting our priorities right.

The more you talk about BBI the more uncertainty in the planning of investors, and when people are not certain, they suspend and delay investment and when they do that then, we cannot revive employment so we need to put the matter to closure.

You have been one of the most vocal leaders, raising concerns over heavy borrowing by Government. As  former Finance Minister, how do you think we can get out of this pit?

A: It is high time the country’s leadership gets its priorities right. The leaders we put in place will determine how institutions run.

I have always raised caution over the amount of borrowing because it will create a huge debt burden for Kenyans.

Some of the huge amounts being borrowed are exaggerated and Parliament should seek to interrogate reports published by the national debt office and also protect the interests of Kenyans.

As a country, we are now facing a huge public debt. How do you then grow an economy, create jobs and enhance the lives of your people while you are indebted heavily?

Our ANC party sponsored the Public Debt Management Authority Bill 2020, which will go a long way in keeping the Government in check with regards to among other things, the appetite for debt, maintain a register of all loans advanced by National and County Governments and facilitate debt rescheduling and restructuring.

The year 2020 is coming to an end, which also brings the 2022 polls a step closer.  What have you been doing to ensure ANC has a nationwide appeal?

A: I have already declared interest that I will be going for the top seat and nothing will make me back down.

Kenyans need to reflect on where the country is headed. If the electorate continue to vote in leadership that will not focus on transforming the economy, the country will be doomed.

Our choices also matter. Poor decisions on the ballot have cost us for years. Why do you vote in someone knowing very well they are not going to deliver?

Do not make politics a beauty contest, it is serious business. The leaders in place will determine our situation - so basically our institutions will be as good as its leaders.

It is therefore, imperative that we first interrogate the leaders we elect as opposed to electing and then interrogating.

The country’s economic situation has been worsened by Covid-19 and its consequent crises in major sectors like health and education. What measures could be taken to address these multiple challenges

A: Even as we talk about other sectors of the economy, it is obvious that education and health have been hit so badly.

It is unfortunate that a number of medics have gone without salaries for months now.

We cannot have a government where leaders just issue empty promises to frontline workers, especially during this trying moment where as a country we are facing a health crisis.

Health workers are currently the frontline warriors and their plight should immediately be looked into and where solutions are needed, quick remedies be made to reduce the risk of plunging the health sector into an uncertain crisis.

Now that we have a vaccine, we need to work out on the logistics to ensure that healthcare workers are among people who are prioritised in acquiring it.

The education sector has also borne the brunt. The fact that almost an entire academic year has been lost calls for a lot of caution so that the country does not risk losing again.

The  education sector will require massive support. The school infrastructure is in bad shape and we need to address it as soon as possible since our children are almost going back to school.

With regards to masks for children, it is important to state that this should be a shared responsibility between parents and Government because it is obvious the issue of social distancing will be a challenge.

Could you describe your relationship with President Uhuru Kenyatta and ODM leader Raila Odinga?

A: We are friends with different engagements, that is all I can say

You recently held a meeting with Wiper party leader, Kalonzo Musyoka and Ford-Kenya’s Moses Wetang’ula, should we expect something out of it in future?

A: I think it is important that we dialogue as Kenyans and people should see it as a positive step that leaders can engage.

We should not run to a state where when leaders engage, it sends fear into the people, it should send confidence

What is the current situation of National Super Alliance?

A: Nasa has its problems. There was a lot of breach of trust and we have not been as engaged as we used to be prior to elections and there is every possibility that we will see new formations in 2022. Funding is also still in dispute.

A: We are in the festive mood. I am appealing to Kenyans to always bear in mind  that Covid-19 is real.

Our children have lost a whole academic year and if we are reckless during this festive season, we could further jeopardise the education calendar.

I am calling on parents and guardians to prioritise safety.

In all fairness we must be able to talk our youngsters out of huge celebrations because those will be coronavirus super spreaders if we are not careful.

As I wish people a merry Christmas, I just want everyone to know that our choices matter. 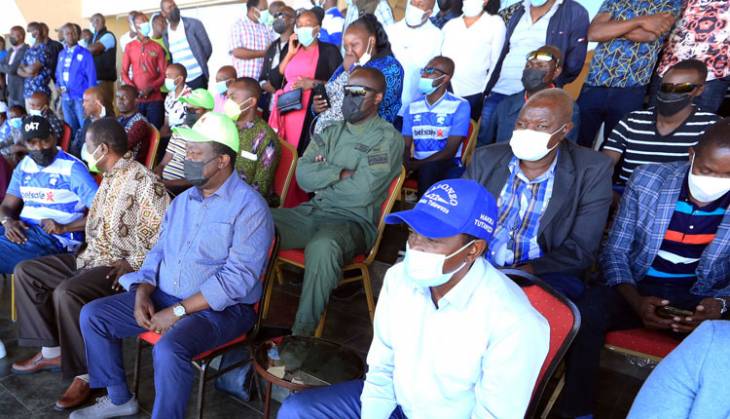 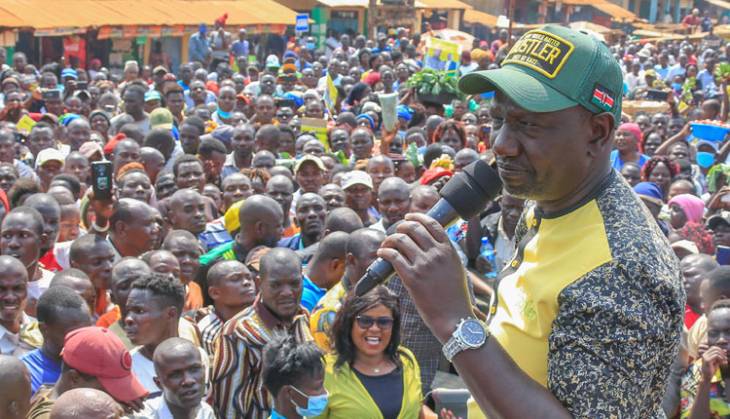 Mudavadi’s candidacy to be endorsed by ANC on Jan 23