Murathe: I commend Kang’ata for speaking the truth about BBI

Murathe said Senator Kang'ata should not be rebuked since he spoke the "truth to power" about the BBI.

Speaking on Kameme FM Thursday morning, the former Gatanga Member of Parliament(MP) said Kang'ata spoke the truth, only that he chose a wrong method.

"Kang'ata choose the wrong method to address the BBI issues but what he said was nothing short of the truth," said David Murathe.

Murathe who is a close ally to President Uhuru Kenyatta said those campaigning for the BBI are lying to the President that it is popular in the Mt.Kenya region.

"Those people going around telling the President that they are campaigning for the BBI are all lying. No one has has reached to the people in Mt.Kenya to explain to the people the gains of the BBI," he said.

He added; "Kang'ata is a youthful leader full of vigour and that could be the issue, probably. In our meeting with the National Management Commiitee, we saw it appropriate to talk to him(Kang'ata). I am among the people who fronted Kang'ata for the senate leadership."

Murathe hailed Kang'ata's leadership acumen and said he will specifically look for him to find out what had "angered him."

The Jubilee Vice Chairman said people campaigning for the BBI in Mt.Kenya region are forcing it to the people.

On the defiant Jubilee party lawmakers, Murathe said their whip is on the way.

"I recently spoke to the President and asked him to crack a whip on the defiant Jubilee members. The President is my friend but I don't agree with how he is dealing with party rebels. He is so soft," he said.

"Muthama is buying them but they should know that the UDA is not in Jubilee coalition any more," he said

He said the Jubilee party is consulting the Registrar of Political Parties to review all coalitions and allow rebels to defect freely. He said party may eject some nominated Senators soon.

"People like Mary Seneta, Omanga and Mwaura will be ejected soon. We cannot have them supporting other parties in a by-election yet their party has a candidate," he said. 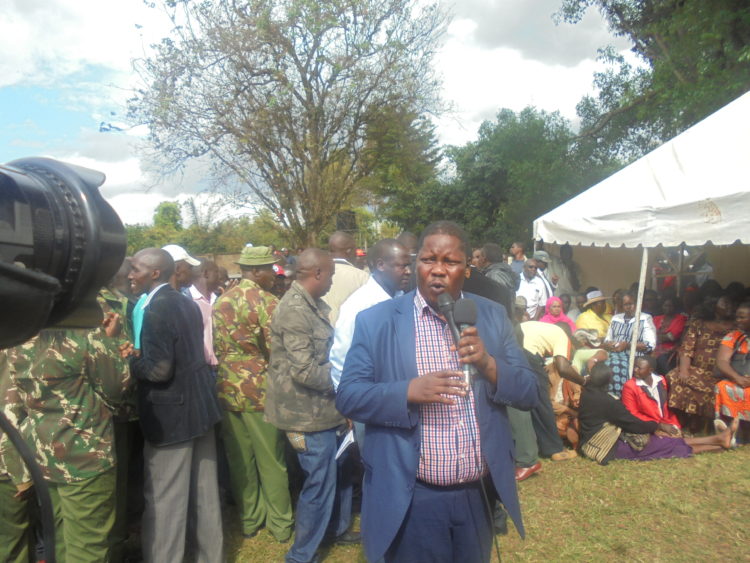