The fate of the Building Bridges Initiative now lies in the hands of seven Court of Appeal judges who will hear the matter from June 29 to July 2.

While constituting the eagerly-awaited Bench, Court of Appeal President Daniel Musinga seems to have placed his faith on the veterans of the court with only one of the newly-appointed justices included to sit on the panel.

Justice Musinga will preside over the Bench that will consist of Justices Roselyne Nambuye, Hannah Okwengu, Patrick Kiage, Gatembu Kairu, Fatuma Sichale and Francis Tuyoitt, who was recently promoted from the High Court.

Justice Kiage is the Presiding Judge in Kisumu while Justice Kairu oversees the Mombasa law courts.

The appeals, which were filed separately by the Independent Electoral and Boundaries Commission (IEBC), the BBI Secretariat, the Attorney General and President Uhuru Kenyatta, were consolidated into one.

The petitioners will engage in a tough legal fight to overturn the High Court declaration that the BBI project, which aims to institute radical changes to the country’s laws, was “unconstitutional, null and void”, and barred the electoral commission from conducting a referendum on it, saying the agency was not properly constituted.

According to the High Court, the President cannot spearhead constitutional amendments through a popular initiative.

They also held that the BBI steering committee was unlawful, had no legal capacity to promote constitutional changes and thus the entire BBI process was done unconstitutionally.

“The BBI Bill cannot be subjected to a referendum before IEBC conducts voter registration.

There is no quorum at IEBC to conduct its mandate including signature verification submitted by IEBC.

At the time of launch of the report, there was no legislation to guide the conduct of the referendum,” the judges observed.

It will be a tough balancing act for the seven-judge Bench whose decision will bear both political and constitutional ramifications.

Though soft-spoken, Justice Musinga is celebrated  for the bold decisions he made between 2009 and 2011.

The judge annoyed the Executive when he quashed the controversial appointment of Judge Alashir Vishram and lawyer Githu Muigai as Chief Justice and Attorney General by President Mwai Kibaki during the Grand Coalition government.

In 2009, he nullified the creation of new districts, saying the administrative units, which were done in a period of more than 10 years by President Kibaki and Daniel arap Moi, contraved the Constitution.

In 2013, Justice Musinga sat in a bench that faulted a High Court decision to redraw electoral boundaries following a petition over creation of 80 new constituencies.

On the other hand, Justice Sichale, a former commissioner with the defunct anti-corruption commission, sat in the much-criticised Appeal Court Bench that overturned High Court judge George Odunga’s declaration that the appointment of returning and presiding officers for the 2017 repeat election was irregular and illegal.

During interviews for the position of Chief Justice, Justice Martha Koome, who sat in the bench, defended their decision, saying it was meant to avert a constitutional crisis. Justice Koome was unanimously selected for the CJ position.

One of the longest serving judges of the Court of Appeal, Nambuye, was among judges, including Kiage, who lifted the recent High Court order blocking the appointment of the Chief Justice.

She has successfully fought two recommendations for her removal from the courts.

Kiage, a former  prosecutor and part-time university lecturer and author, is known for his habit to volunteer to write judgments in cases he participates in.

Justices Kairu and Tuiyott have mostly been based in the commercial division.

Together with Justice Nambuye, Kairu delivered the recent ruling that former High Court judge Muga Apondi should not claim Sh2.5 million  fees from city lawyer Philip Nyachoti since he had no direct instructions to appear in an election petition which the latter litigated, though he may have benefited from his (Apondi’s) counsel.

During his interview for appointment to the Court of Appeal, Justice Tuiyott told the Judicial Service Commission (JSC) that a family was not an economic contract.

Responding to a question by Appeal Court judge Mohammed Warsame, Justice Tuiyott replied: “As you have said in the colourful language my lord, it is an institution ideally that ought to be of love, affection.

It is appreciated that marriage is an integral part of the family. However, in instances there will be questions of property acquired and the law has devised ways of dealing with it during and after marriage. I would not see it as an economic contract.”

In the BBI petition, parties have assembled powerful teams of the country’s top legal minds, signalling a possible battle of wits when the matter comes up for hearing next week.

The Attorney General has expressed dissatisfaction with the entire decision of the five-judge Bench which declared the BBI process illegal.

On Monday, a three-judge will be constituted to hear the application that was filed by the AG this week that is seeking to strike out lawyer Charles Kanjama’s BBI appeal.

The court will consider Kanjama’s application before the seven-judge Bench begins hearing the substantial petition on Tuesday.

“The application will be heard by way of written submissions, there shall be no appearance of counsel in court or via video-link,” read the notice from the Deputy Registrar.

In their petition, Uhuru and ODM leader Raila Odinga, the principal BBI proponents, argue that the High Court judges usurped the sovereign power of the people of Kenya and declared themselves the critical decision-makers of what can or cannot be amended in the Constitution.

According to the two Handshake partners, the judges stopped a non-existent initiative because the BBI Taskforce ceased to exist in June 2020, and was, therefore, incapable of promoting a drive to amend the Constitution.

Uhuru also challenges the High Court declaration that he can be sued in his personal capacity and not as the President of the Republic of Kenya. 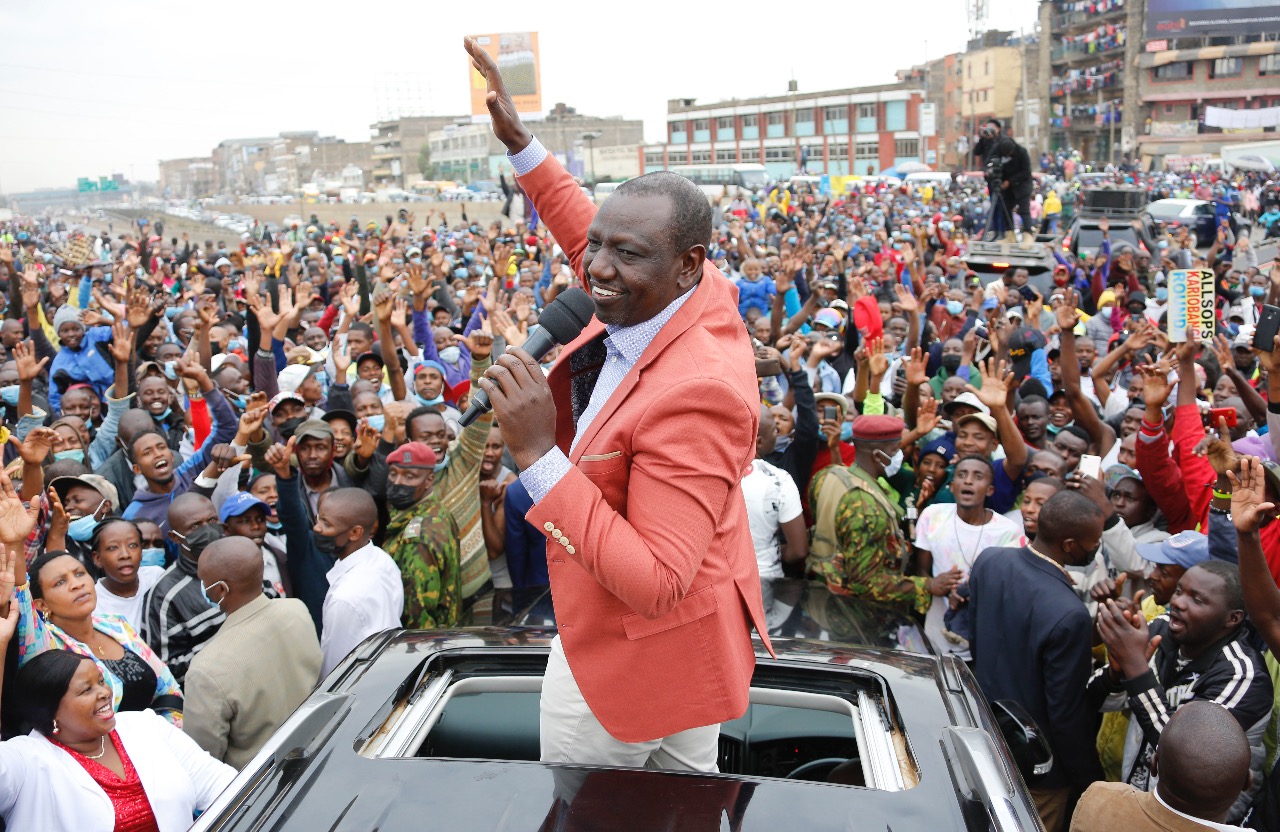 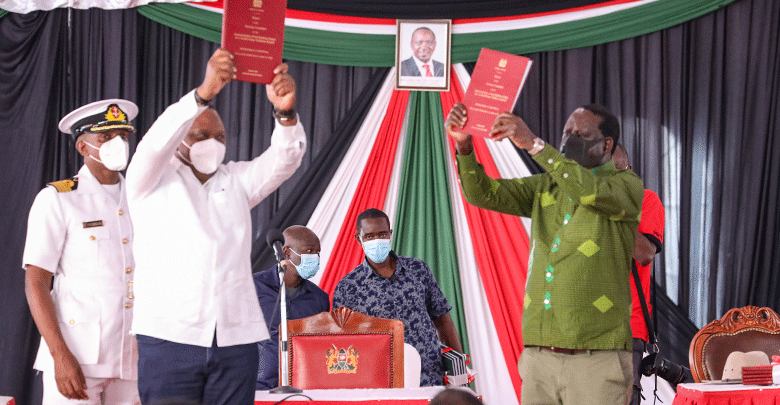