Chebukati: Decision to pull out of polls forum final

The electoral commission yesterday said it would not rescind its decision to withdraw from the “illegal” multi-agency team on 2022 election preparedness.

The Independent Elections and Boundaries Commission (IEBC) on Monday pulled out of the team chaired by Justice Martha Koome citing risk of infringement of its independence if it continued being part of it.

Appearing before the Senate Committee on Justice, Legal Affairs and Human Rights yesterday, IEBC chairman Wafula Chebukati said there was no turning back on the commission’s decision to cut ties with the team. He said IBEC would not be subjected to direction or control by any person or authority.

He was responding to a section of leaders who had criticised his decision to quit the team accusing him of giving in to pressure from the United Democratic Alliance of Deputy President William Ruto.

“We were invited to the first meeting to shed light on election preparedness, which we did. Then later, the commission received terms of reference from the task force as well as the forum on the way forward,” said Chebukati.

He went on: “We realized the Terms of reference which were given to us clearly take away the mandate of the commission as far as Article 88 of the Constitution is concerned, we were at a position that we have to report to a team the work Kenyans gave us to do.

The IEBC boss told the committee chaired by Nyamira Senator Okong’o Omogeni that the commission has the primary responsibility of ensuring the implementation of the general principles for the electoral system as espoused in Article 81 of the Constitution.

Chebukati said the polls agency is already working with other government agencies through other existing mechanisms, adding they will continue doing so. 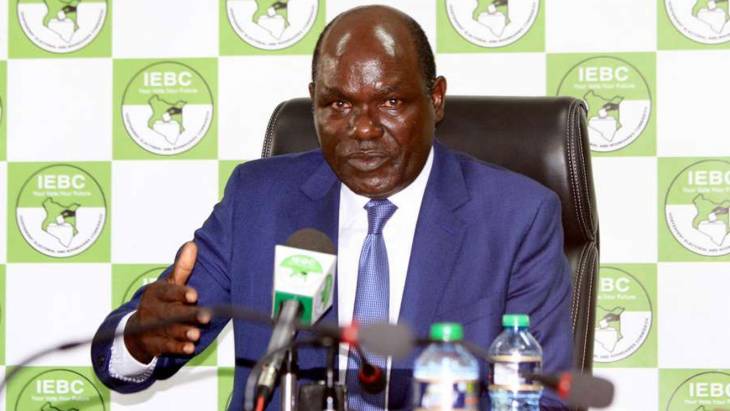