The description of China as the world’s factory has just received another endorsement. According to a recent report titled Global Supply Chain Survey – In Search of Post-COVID-19 Resilience released by the U.S. based Allianz Research Institute, China still holds the pole position in the global supply chain network.

Released on December 10, the survey went out to inquire, among other things, how companies are coping with supply chain disruptions caused by the pandemic and how the latter has affected globalization. The survey also focused on the major countries U.S., UK, Germany, France, Italy and China.

Due to the challenges from the COVID-19 pandemic, about 20 percent of the companies surveyed, most of them based in the U.S., said they would consider looking for new suppliers internally. But the report notes that “yet we find it is not the end of the Chinese supplier, which remains the most popular outside local ones. This could be due to the search for cost-effectiveness in times of great uncertainty and after an unprecedented shock.”

According to the survey, China appeared top on the list of preferences for companies thinking of changing suppliers. This points to the need for continuation of current supply chain dynamics as many companies already have suppliers in China. Moreover, this is not a time for experimentation as companies would rather stay with both the tried and tested.

China is obviously unrivalled in its cost effectiveness, which is crucial at this time companies are struggling to survive by profitably riding out the pandemic. For the automotive sector, China remains a natural choice, followed by IT, technology and telecommunications.

The status quo is set to be sustained as the country moves its supply chain efficiency to the zenith following establishment of a blockchain platform for the shipping sector. Allianz’s Enabling Digitalization Index ranked China among the top 10 out of 115 digitized countries in 2019, and among the top three in the Asia-Pacific region.

Indeed, companies that rely heavily on digitized platforms will continue to have an affinity for Chinese suppliers. This will be more critical with the establishment of the Belt and Road Initiative, which will require tremendous but seamless logistical coordination in different corners and time zones across the globe.

It is not just in supplies that companies are looking up to China more compared to other sources. The Allianz survey found out that China was the top favourite as a relocation destination due to the promise of minimal disruption during a crisis. China’s bouncing back to a booming economy while other countries are still struggling to open up their economies has given companies a high level of confidence in the country’s production capacity and resilience.

Incidentally, it has taken the pandemic to prove the high calibre of the Chinese economy. According to news last week, China’s exports increased tremendously in the last month on account of high demand for COVID-19 medical related supplies. During this period, Chinese firms made exports worth US Dollars 268 billion, which is 21 percent more than the same period in 2019. This resulted in a trade surplus of US Dollars 75.4 billion, the largest amount since 1990.

This economic milestone shows the folly of U.S. attempts at decoupling its economy from China and its incessant trade war. Further, it proves that countries and companies across the world still trust and need supplies from China in the foreseeable future. China became the world’s largest trading nation in 2013, a position previously held by the U.S. It also fits in the narrative of the fact that China has been the largest exporter of goods in the world since 2009, which according to World Bank estimates amounted to US Dollars 2.641 trillion in 2019.

It is not hard to figure out the factors that have made China a net exporter. The fact that the country is a one-stop supplier for almost all industry sectors makes it not just an invaluable but a huge part of global economic development. Experts now see China searching for and entering into strategic collaborations after COVID-19 as a way of maintaining and enhancing its supply chain leadership through efficiency, speed and continuity. How Homa Bay sex workers use PrEP to cheat HIV 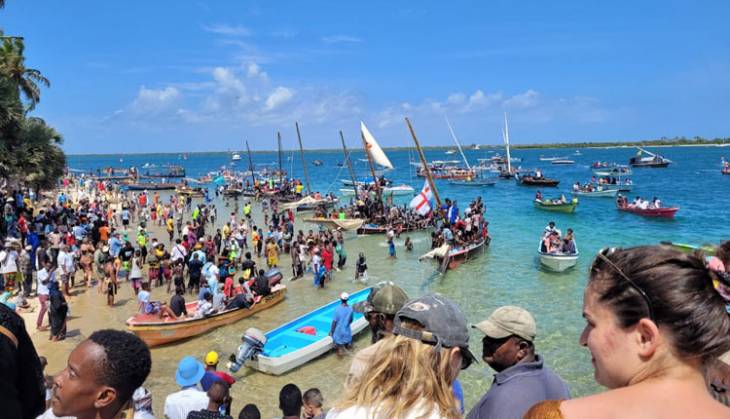