He was later released after grilling at the Directorate of Criminal Investigations headquarters, on Kiambu road.

He did not speak to the press on leaving the DCI offices last evening, saying he was tired.

Earlier, in an affidavit sworn by Corporal Ahmed Abdikadir of the Serious Crime Unit (SCU), Echesa is alleged to have acquired a Toyota Land Cruiser registration number KBZ 009J from Esther Kabura in 2016.

Detectives from the SCU and DCI also said the former CS is suspected to have fraudulently registered five high-end vehicles. The vehicles were driven to DCI headquarters after the arrest.

Court papers indicate Kabura reported to the DCI headquarters on February 24 that Echesa had fraudulently obtained the vehicle from her husband who died in 2016.

The deceased was a close friend of Echesa and the latter would frequently hire his vehicle.

Kabura said after her husband’s death, she tried to repossess the car in vain, and later found out that Echesa had transferred the ownership of the vehicle to his name.

Detectives yesterday went to his Karen residence at around 9am but Echesa refused to open the gate, insisting that he could only do that when his lawyer was around.

At around 11am, the detectives jumped over the gate and opened it, forcing Echesa to leave the house.

At around noon, his lawyer, former Kiambu magistrate Brian Khaemba, went to the residence where the detectives gave them the affidavit.

During the raid, five vehicles, including a black Toyota Land Cruiser V8, a Mercedes Benz, a Volkswagen Passat, a Toyota Lexus and a pick up, were taken from his home.

Khaemba said the deceased’s wife had earlier raised the complaint when Echesa was nominated to the position of the CS but he was cleared by detectives.

“The matter was raised and investigated and my client was cleared. The complainant is specific about the vehicle but the detectives have driven away all the vehicles found in the compound,” Khaemba said adding that the vehicle in question was not even within the compound.

Detectives also obtained an order to search his residence, premises and offices and carry away any document, device, motor vehicle or any information that may assist in investigations.

Echesa was arrested on February 13 over a fake Sh39 billion military equipment tender that involved a Poland-based company. The matter is pending before court.

Four other suspects were also arrested following the unearthing of the fake tender deal and have since been charged in court.

A police officer attached to the Harambee House Annex who was on duty when Echesa and the two foreigners visited the DP’s office, and who was critical to the investigation, was later found dead in his house in Villa Franca estate. 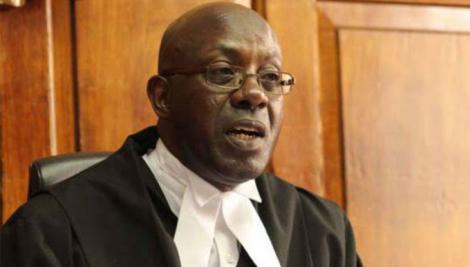 Mwakenya comes to the rescue of harassed CBC parents

Over 2,000 senior teachers lined up for job promotions