A bid to re-arrest Nairobi Governor Mike Mbuvi Sonko immediately after his release on bail by the anti-corruption court on Wednesday and airlifted to Voi to face other charges was scuttled by the intervention of a senior government official.

The official is said to have taken the move to spare the governor who “had suffered enough” and avert escalation of what was developing into a major leadership crisis in the city.

Already, the 15 officers, who were to execute the well-planned covert operation, were on the ground with four vehicles and a police helicopter before it was called off after an eight-hour stake out.

According to the plan, two police vehicles were to leave the court with blaring sirens to distract Sonko’s supporters by duping them into believing he was being removed from the court precincts.

And shortly after, two other vehicles without sirens were to escort the governor to the standby helicopter at Wilson Airport, Nairobi, to deliver him to Voi.

If the plan had gone accordingly, the embattled governor, who with others is facing a litany of charges on corruption, would have spent two more nights in Voi in addition to the five days he had spent in custody.

He would have spent Wednesday and yesterday nights before being presented in court tomorrow to answer to charges of assaulting  a police officer and resisting arrest last week because of the Jamhuri Day holiday.

On learning of the plot to re-arrest him, Sonko and his team of lawyers were reluctant to leave the court precincts, but  shortly after 8.30pm, he was driven out in Prisons department ambulance after the officers were ordered by their seniors to call off the stake out at 8.15pm.

Nandi Senator Samson Cherargei, former Kipkelion MP Magerer Langat and Kapseret MP Oscar Sudi were among those who kept Sonko company in the court basement cells from 5.15pm until 8.30pm when he finally left.

After being granted bail, Sonko had told his legal team to ensure he goes back to the Kenyatta National Hospital, where he had been admitted for treatment than be re-arrested and sent to police custody in Voi.

The governor’s family and friends later picked him from Kamiti Maximum Prison—where he had been remanded before he fell sick and taken to hospital—and took him to his Runda residence.

While granting Sonko bail, Ogoti also ordered that upon his release, a physician in consultation with prison officers, have him admitted to a hospital outside the Kamiti Maximum Prison as requested by his lawyers.

The Director of Public Prosecutions, through James Kihara, had termed Sonko a flight risk, adding that he was likely to interfere with witnesses and the ongoing investigations, if freed on bail.

Sonko was barred from his office unless the investigating officer or any other authorised person escorts him to pick his personal belongings from City Hall.

“I am of the considered opinion that all the accused persons are admitted to bail terms. These bail terms must be adhered to the letter. Any violation shall lead to the cancellation of the bail terms,” ruled the magistrate.

The court ordered Sonko and his co-accused, DPP, Ethics and Anti-Corruption Commission (EACC) and Directorate of Criminal Investigations (DCI) from commenting on the case on social media for the duration of the trial. The governor was ordered to ensure his supporters maintained peace.

On Monday, Sonko was charged together with 12 others with several counts of corruption including conspiracy to commit economic crime, willful failure to comply with the law and conflict of interest.

The governor is facing 19 charges over the embezzlement of more than Sh350 million from the public coffers.

The case will be mentioned on January 15, next year for pre-trial.

Yesterday, Sonko released a statement saying he was a law-abiding citizen and will comply with the court’s decision that he stays away from his office.

“The last few days have been a bit difficult. I am home now and continuing with my treatment after posting bail yesterday through the assistance of my supporters, friends and family,” he added.

Why we took a year to save for our wedding, reject planning committee

Sanctuary destination with a difference; tour at the Crescent Island and wildlife viewing

Sanctuary destination with a difference; tour at the Crescent Island and wildlife viewing 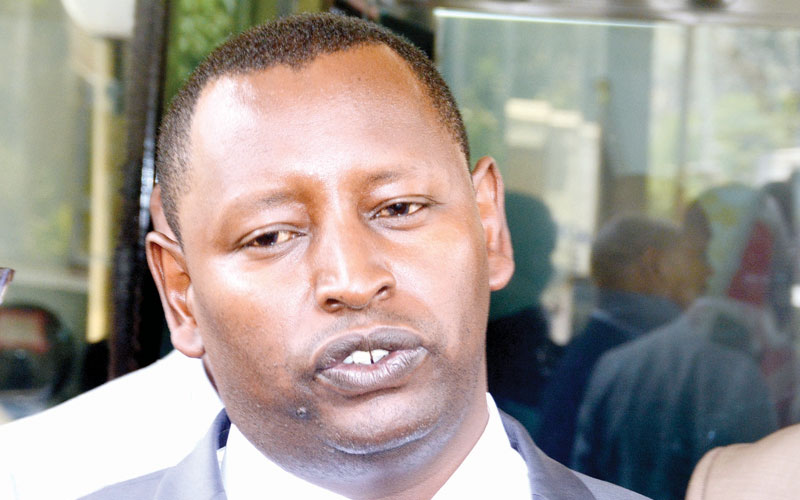