In a letter, the governor informed Nairobi County Assembly Speaker Benson Mutura of the nomination.

Kananu said she had considered Mutungi’s leadership qualities and competence among other virtues.

“In considering this nomination, I have taken into account his professional qualifications, leadership qualities, gender balance and competencies necessary for the Deputy Governor’s seat,” she noted.

She requested the Speaker to expedite the vetting process of the nominee.

“I humbly urge the county assembly to expedite the vetting process of the nominee for purposes of appointment, pursuant to the provision of section 8 (1) (a) and 32D (3) of the County Government Act,” reads the letter.

The Supreme Court Advisory of March 2018 states that a governor should fill the vacancy within 14 days.

However, the nominee will only take the oath of office after the respective county assembly has approved him/her name within 60 days.

Earlier, Jubilee Party Secretary-General Raphael Tuju said that a decision has already been made on who will deputise Kananu after “wide consultations.”

Mutungi made a comeback to city politics early this year after being appointed as Chief of Staff by Speaker Mutura when he was Acting Governor.

In 2017, he contested the Embakasi South parliamentary seat on a Jubilee Party but lost to Wiper’s Julius Mawathe.

Following the new development, it is expected that Mutura will table Mutungi’s  name at the assembly this morning and commit it to the appointment committee.

The 10-member committee on the Appointments team is led by the Speaker as its chairperson and Majority Leader as the vice-chair.

The Clerk of the County Assembly will then through a notice, published in the local dailies to communicate the vetting date and time of the Deputy Governor nominee.

After vetting, the appointment committee will then table a report in chambers for the house to either adopt or reject. 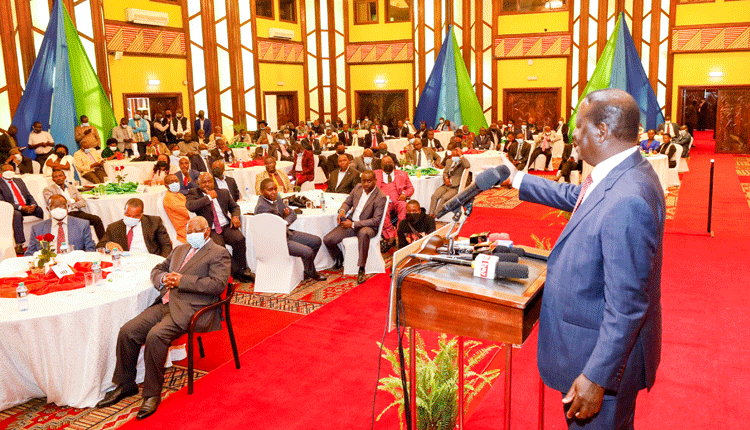