Human rights groups have filed a suit on behalf of victims of police killings and brutality witnessed during the Covid-19 period.

In a joint petition, Amnesty International, International Justice Mission, Haki Africa and Kituo Cha Sheria, say hours before the effective time of the curfew order, law enforcement officers meted out violence and brutality on members of the public.

Respondents in the case are the Inspector General of Police, Interior CS and the Attorney General who have been sued for failing to uphold their mandate while enforcing the curfew order.

“A declaration that the Inspector General, Interior CS and the AG are responsible through the doctrine of ‘Respondent Superior’ for the actions of the law enforcement officers of the various violations of the Petitioners’ rights.

Petitioners on behalf of victims are seeking compensation from the government following the unlawful use of brutality on the public.

“The police, in enforcing the curfew order, shot at innocent civilians, rounded up people, lobbed teargas at Kenyans and mercilessly beat them up,” they say.

They also noted that following the outrage that followed the brutality, the President apologised to the public for the wrongs of the police, but did not order a stop to the use of excessive force.

On behalf of five victims, among them; Joseph Simiyu, Judith Simiyu, Daniel Ng’ang’a, Jackton Ochilo and Hussein Moyo Molte, father of 13-year-old  boy who was killed by police stray bullet, the petitioners are also seeking their compensation from the government.

The groups state that as a result of police actions, the victims have suffered immense mental and physical injury, and their hopes and dreams of living a fulfilling life have been dashed.

“Some of the victims, for instance, the 13-year-old boy did not pose any threat to the police,” the petition.

Groups state that this court acknowledged on a balance of probabilities, that there was sufficient evidence that the police, in two instances at the Likoni Ferry and the death of the minor, brutalised Kenyans while enforcing the curfew.

Petitioners argued that there have been several instances of brutal, disproportionate and unnecessary use of force while enforcing the curfew order.

“The petition also calls out the government for the intentional failure to operationalise the National Coroners Service Act, the Prevention of Torture Act, and the Victims Protection Act,” the petitioners.

Human right groups are seeking several orders including a declaration that the actions by the police and/or treatment of the victims was excessive, unproportionate, unreasonable, reckless, negligent, cruel and inhuman and in complete disregard of the rights and fundamental freedoms.

The groups also want a declaration that the victims’ right to Human Dignity and the right to have that dignity protected and respected as enshrined under Article 28 of the Constitution was violated by the State through its agents and/or servants.

Petitioners have also asked the court to declare that the failure by the State to fully operationalise the Victims Protection Act, the National Coroners Service Act and Prevention of Torture Act, 2017 has violated the fundamental rights and legitimate expectation of the petitioners and the Kenyan citizens.

“An order of mandamus directed to the Attorney General to advise the President to designate/appoint a minister in-charge of justice or to assign the responsibility of a CS in charge of Justice under an Act to him to ensure operationalisation/implementation of the victims protection Act,” argued the  petitioners. 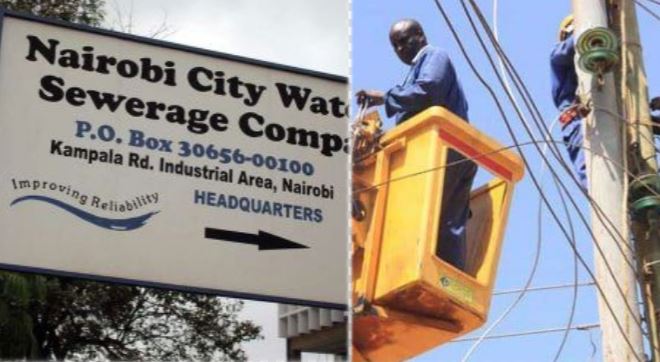