Muturi clarifies his remarks on BBI

By Anthony Mwangi and Mercy Mwai

National Assembly Speaker Justin Muturi insisted that the Building Bridges Initiative (BBI) report should not be introduced in parliament as it risks being mutilated by politicians even as a member threatened to file an impeachment motion against him.

Although Muturi said that most of the issues in the document are mere policy issues that do not require a referendum, he was of the opinion that if politicians are allowed to take over the process, the objectives of the initiative would be lost.

“The speaker exhibited himself as a partial arbiter even though his position does not allow him to take sides,” Kuria told People Daily on phone.

Addressing a news conference in his office, Muturi on Monday said that going by how parliament has operated since 2013, no constitutional amendment has ever been passed by the house and thus such an initiative would still suffer the same fate.

He said: “We have some of us who think we should take it and run away with it. I think it is not good because we will start mutilating the proposals in the report because a member will just pick that which is juicy for themselves another one will pick something else and then at the end of the day we will not be implementing that report.”

“If you go that route of piece meal you will run the risk of losing people in the process because nobody would know what are the proposal are.” Muturi cautioned.

Parliament, he said can only receive a report from executive if it in the form of a policy document from the executive or if the president is coming parliament to brief the house and on the principle of national value including human dignity, human rights, inclusiveness and sharing of power.

He said: “the Taskforce was appointed and gazzeted by the president and therefore it really is an executive taskforce. Parliament was not in any way involved in the setting of the taskforce that became known as BBI.”

According to him, before such a report is presented to parliament it has to go through certain process like allowing parliamentary committees to own the document.

As of today he said the document still remains a people’s document because parliament did not originate it and thus has no power to receive it or even claim to receive it.

He said: “As far as we are concerned since this process did not involve parliament from the word go, one would have to distill it out there before it can find legs or feet which it can walk to parliament.”

He however told those saying that parliament cannot deal with report as it can be comprised insisting that they should resign from office.

He said: “if you think you are serving an institution that is most corrupt and you are not happy with it please resign.  It beats logic for you to continue being in a house as where you keep accusing your colleagues of being cheap.”

Kuria in a disparaging tweet wrote, “Why Justin Muturi would allow himself to be bribed with a tilapia meal by John Mbadi in Migori to rule out a parliamentary route for BBI is a mystery for me. Today I will start collecting signatures to impeach him.”

Muturi ‘s assertion appeared to differ with that of the Majority leader in the National Assembly Aden Duale who said that most of the recommendations of the report require legislative interventions for it to be implemented.

“If you have read the report, you will observe that the recommendations contained in the Report call for both administrative and legislative solutions for it to be implemented. In fact, I would say at least 80% of the recommendations of the Report require legislative interventions for it to be implemented,” Duale said in a statement.

Addressing a meeting in Uriri Constituency over the weekend, Muturi ruled out a likelihood of the findings in the BBI report settled on a parliamentary process.

But Kimilili Mp Didmus Baraza who said he will support the impeachment motion if it meets the required standards, dismissed Muturi’s assertion saying it will not be the first time that parliament has pronounced itself on matters touching on constitutional changes.

“The speaker is wrong on this one. Why did he allow debate on a Bill brought by Kiminini Mp Chris Wamalwa which sought to change the date of elections. We debated it and resolved that it was constitutional bill parliament had no powers and hence must be subjected to a referendum,” said Baraza.

Webuye West Mp Dan Wanyama said Muturi has no powers to decide what comes to parliament for debate.

He said the BBI report has some bits which can be done through public policy we have some suggestions which requires acts of parliament, others need a review or amendments through parliament.

Makueni Mp Dan Maanzo said Muturi was speaking on behalf of both President Uhuru Kenyatta and opposition leader Raila Odinga who want a referendum so as to implement the BBI findings.

“The findings by the task force is clear. When you are changing the structure of government it becomes a referendum issue. Because the country is looking for unity it’s good to allow the citizens determine for themselves on how they want to be governed,” Maanzo explained.

He however said the country still very far from starting the process since a referendum Law must be passed first.

Nominated Mp Godfrey Osotsi defended Muturi saying he was right since the BBI was not authored by parliament for it to determine its fate. 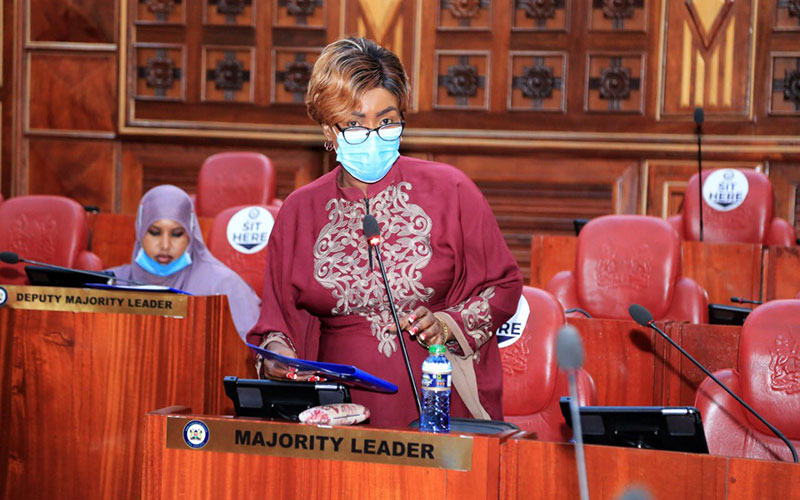