Police officers have tightened the noose on mass movement in and out of Nairobi Metropolitan area to curb the spread of Covid-19 even as the country continue to register increased cases every day.

At Kilimambogo area in Thika, Kiambu County, officers manning the roadblock are now using unmanned aerial vehicles commonly known as drones and which are remotely controlled to monitor movement along the busy Thika-Garissa highway.

According to Lameck Malagia, the officer in charge of the operations at the roadblock, the new technology has enabled them to arrest persons found using alternative routes to get their way in and out of the metropolitan.

He said that the gadget has high density cameras that can monitor movement from a distance and that it has greatly supported their operations.

So far, the officers have managed to arrest several motorcycles which have been booked and are awaiting arraignment once judiciary operations resume.

Those flouting the government directives are reported to have been driving and riding along the vast plantations near where the roadblock has been mounted.

Speaking when area MP Patrick Wainaina donated to them food items, masks, sanitizers and refreshments, Malagia urged Kenyans to uphold the government regulations to fight the contagious virus that has left at least 50 persons dead in the country.

"As a people, let's observe the guidelines issued by the government without failure. We don't have to chase people and remind them that they should stay safe," said the officer.

On his part, the MP who promised to support other officers operating at Mary Hill and Del Monte roadblocks acclaimed the work done by the officers in protecting Kenyans.

He noted that the men in uniform have left their families and given themselves to serve Kenyans day and night and thereby required to be appreciated.

He urged the government to continue tightening the noose until Kenyans learn how to live with the virus.

He also urged Kenyans to continue protecting themselves and agree to suffer for a moment to secure lives and reduce the spread.

"This is not the right time to lift ban. The graph is rising and as a country, we can only be extra cautious," said the MP. 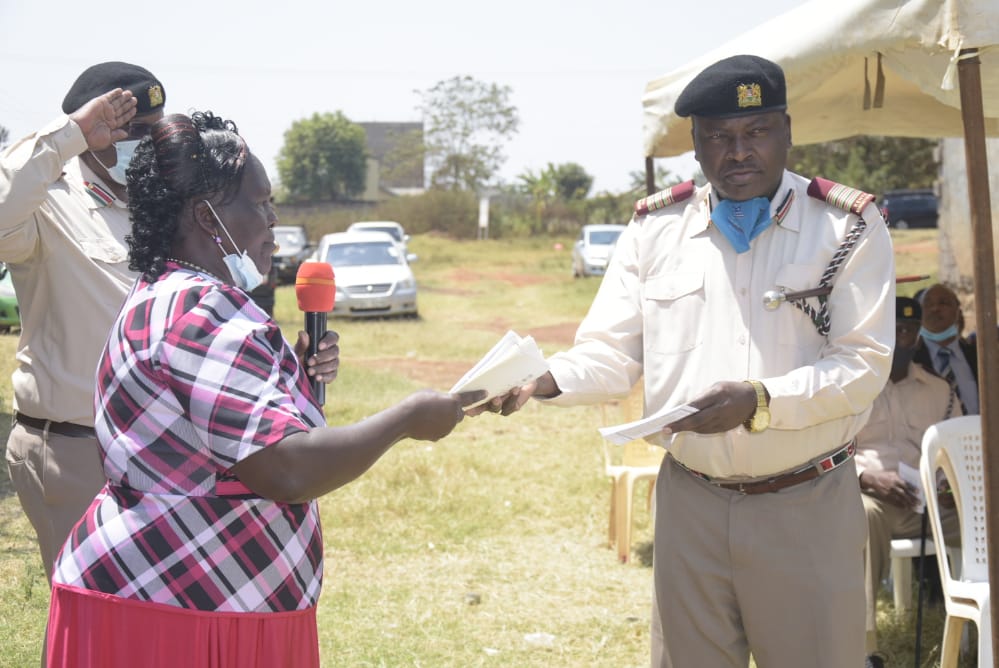