Deputy President William Ruto yesterday asked the people of Ukambani region not to support a party which does not have an agenda.

Speaking in Kaiti and Kilome Constituencies in Makueni County yesterday, Ruto said the region had suffered for long in the hands of politicians who do not focus on the issues affecting the people.

Yesterday was Ruto’s second visit of the region, which is considered Wiper leader Kalonzo Musyoka’s stronghold, in a week.

“Don’t make that mistake again. Let us walk together and form the next government,” said Ruto.

He also dismissed attempts to review the Constitution as misplaced, saying the priority should be about reviving the economy.

Ruto said he and President Uhuru Kenyatta had delivered land mark projects in Makueni county and the entire Ukambani region.

Former Prime Minister Raila Odinga, whose running mate was Kalonzo, won a majority of the region’s votes in the 2013 and 2017 elections.

The DP accused Raila of interfering with Jubilee’s development agenda after his handshake with Uhuru.

“Our plan now is to better the lives of millions of ordinary Kenyans who have no source of income,” he said.

Ruto urged the people of Ukambani to rally behind UDA saying the party will unite and transform the country.

“A national party built on a strong pro-people economic foundation will be the cornerstone for the Hustler Nation Movement,” he insisted.

Through its Bottom-Up economic model, Ruto added, the UDA government will pursue a legal framework that will spur enterprise.

“Such a plan will protect businesses from predatory lenders,” he said.

Muthama said it was only UDA that was issues-focused.

“Let them not sell to you empty promises. Poverty in Ukambani will only be fought through a deliberate plan like that of the Hustler Nation,” he noted.

Munyaka urged the region to avoid past mistakes, which he said had cost them in terms of development.

Mbai said it was now evident that Ruto was the leading presidential candidate.

“I urge you my Kamba community, make the right choice this time round,” said Mbai.

Ndambuki observed that he had known Ruto’s performance since when he was the Minister for Agriculture.

The governors have given indications that they will not back Kalonzo’s presidential ambitions, and may instead support Raila.

“If I was not running for president, I would vote for Raila because he can make a good president although age is not on his side and has been captured by people who have diverse interests,” said Mutua. 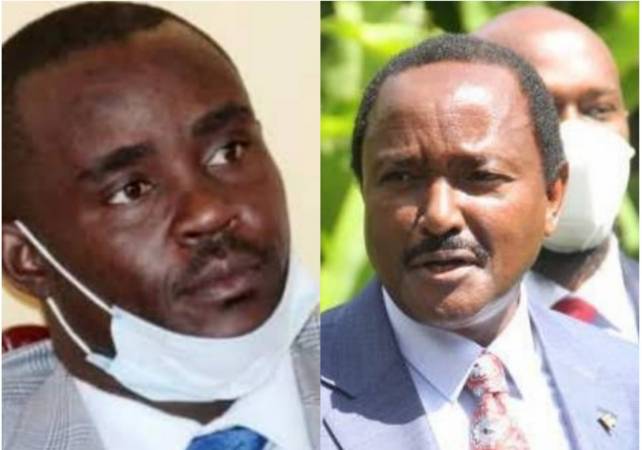 Kalonzo blasts Senator Malala, accuses him of being sent by UDA to attack Raila

Storm in Wajir after Wehliye approval