Trouble is brewing among manufacturers and suppliers of reviewed speed governors after an association demanded that all companies that make the gadgets pay millions after installing devices on public service vehicles (PSV).

Road Safety Association of Kenya (RSAK), which brings together four manufactures, is reported to have drafted the demand which is being forced on 44 other dealers licensed by National Transport and Safety Authority (NTSA) to sign up to.

The aggrieved dealers, some of who had already begun remitting the money, yesterday wrote to NTSA and Kenya Bureau of Standards (Kebs) decrying that the association’s officials are conspiring with officers at the authority to intimidate those who refuse to pay.

They accused the association chairman David Njoroge, who is also the chief executive officer of Dalcom Kenya Ltd, the manufacturer of Omata speed governors, of influencing NTSA to “harass” those who refuse to pay the money.

This is after a number of them were asked to appear before NTSA after the association officials made a complaint claiming that the dealers are allegedly supplying faulty devices.

According to the association’s demands, contained in a 10-page document titled “Service Agreement” and which has been forwarded to NTSA..

“The companies do and hereby irrevocably guarantee that they shall at all times during the period of this agreement, remit to the association the aforesaid Sh2,300 for each and singular speed governor installed and which shall go towards technological development among others,” reads the draft agreement seen by People Daily.

But 10 dealers, who jointly wrote to NTSA yesterday, have wondered why they are being forced by a competitor to remit money, which could run into millions of shillings, yet they are not part of the association.

“(The demand) is definitely exorbitant and against competition and fair business practices,” reads the letter to NTSA.

With the number of PSVs countrywide estimated to be about 100,000, it means the association could rake at least Sh230 million. This does not include commercial trucks, which are also required to be fitted with the gadgets.

Some dealers have already been summoned by NTSA today on grounds of engaging in unethical business following the complaint by the association, which they termed intimidation.

Yesterday, Njoroge confirmed he had written the letter to NTSA inviting its officers to audit his competitors for allegedly supplying faulty devices, but denied that he did it maliciously.

“I sent the letter on my capacity as the chairman because I am concerned about the safety of passengers. About the money, it’s only those who are members of the association are supposed to pay,” he said. 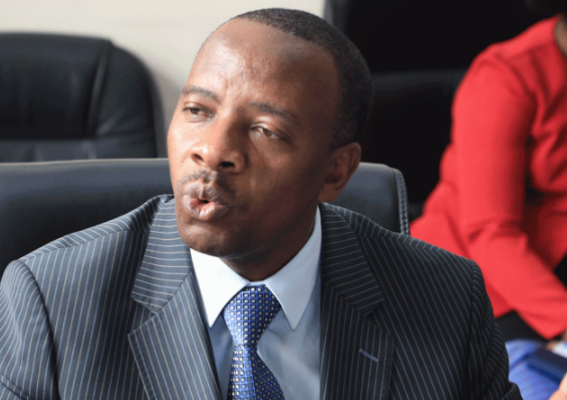