Speaking yesterday after a meeting with nine governors from the Central Economic Bloc over the Universal Health Coverage programme, the CS said she will be in a better position to respond to the stakeholders’ hue and cry over the regulations after  consultations with the health insurer’s management.

The medical insurer announced a review of its terms that will limit the number of dependents per card to a maximum of one spouse and five children.

New voluntary members will wait for 90 days and pay a full year’s contribution before being eligible for medical cover. Late payment will attract a 50 per cent penalty.

“Allow me to give a detailed discussion on NHIF row after meeting with the fund’s board on Wednesday this week. With the matter in public domain we must address the concerns fully,” said the CS.

But even as Sicily moved to address concerns by Kenyans over the new rules that propose punitive measures against voluntary contributors to the fund, the Kenya Union of Civil Servants (KUCS) warned the Treasury to stop NHIF from providing private insurance cover for its members.

Secretary-general Tom Odege took a swipe at acting Treasury Cabinet secretary Ukur Yatani saying civil servants are within their rights to enjoy the privileges of NHIF saying their 2012 Collective Bargaining Agreement (CBA) allows them to access adequate medical cover until their cover expires in June this year.

At the same time, the governors opposed the punitive NHIF directives, saying the new rules will hurt the implementation of the government Universal Health Coverage (UHC) programme.

The governors from Central region recommended the reduction of Sh6,000 NHIF fee in a bid to capture every Kenyan regardless of their economic status.

Led by Central Economic Block chair, who is also Nyandarua Governor Francis Kimemia, they said UHC is the critical pillar of any nation.

“The NHIF laws and regulations should not be punitive to Kenyans. We recommend the downscaling of the subscription fee which will allow Kenyans to register in large numbers,” he said.

He added: “We hope the teething problems with NHIF will be fully addressed by the national government to safeguard the health of its citizen as enshrined in the Constitution.”

Kimemia led Central region governors in signing the Intergovernmental Participatory Agreement on UHC implementation in a ceremony graced by Sicily and her Devolution counterpart Eugene Wamalwa.

On the upscaling of UHC, Sicily said the second phase has seen eight counties from the Central region join the programme.

“We have started with Central region block to increase the counties in UHC programme. On Wednesday we will sign with another region until we capture all the 47 counties,” she said

Meanwhile, civil servants warned that the tug-of-war between Treasury and NHIF over provision of private insurance medical cover would leave them without access to medical services.

“It is worth noting that services being offered by NHIF have seen a number of civil servants through tough times by reducing the costs for treatment.

I want to assure every civil servant that they will continue accessing comprehensive services till the end of this financial year despite the challenges NHIF is experiencing,” assured Odege.

Yattani, in a letter dated December 13, 2019, informed his Health counterpart that NHIF will have to comply with Section 19 of the Insurance Act, which places all commercial insurers under the Insurance Regulatory Authority IRA where they have to do regular reports, pay regulatory levies and meet capital thresholds to ensure they have money to pay claims.

According to Odege, the health insurer has been raking close to Sh1 billion a year, which it collects from about 140,000 civil servants countrywide.

To avoid more trouble once the contract expires, Odege urged the Health and Public Service ministries to embark on a process of identifying an administrator of the scheme immediately.

The union has also reacted to the new guidelines saying they are irresponsible measures being pushed by individuals to frustrate Kenyans. 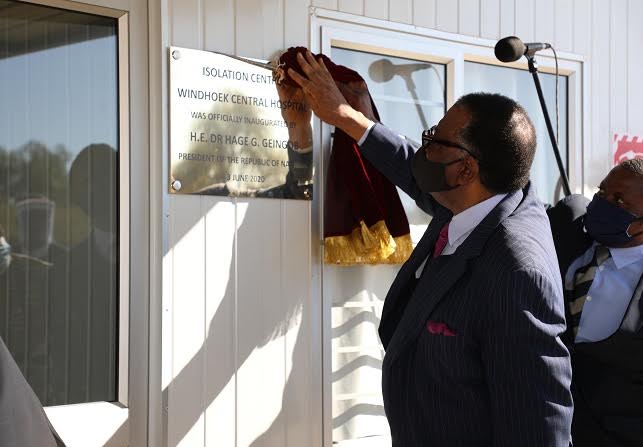 Government sets aside Sh41.9b for UHC roll out