In his ruling on the review of the bail terms, trial magistrate Kennedy Cheruiyot said after going through submissions by a team of lawyers led by Cliff Ombeta, Brian Khaemba and Evans Ondieki, he found that only the first accused Echesa has been able to raise the earlier bail of Sh1 million, but his co-accused:  Daniel Otieno, Clifford Okoth, Kennedy Oyoo Mboya and Chrispin Oduor Odipo have not raised any of the bail terms.

The quartet are jointly charged alongside Echesa with 15 counts of making false documents and attempting to obtain over Sh39.5 billion from businessman Kozlowski Stanley Bruno by falsely pretending that he would be awarded a tender by the State Department of Defence to supply military equipment.

They are also charged together with Pzels Company Limited, where  Odipo is a director.

They have denied 15 counts ranging from conspiracy to commit a felony, making documents without authority to obtaining Sh11,500,000 from Bruno by false pretences.

Echesa also pleaded not guilty to the charge of attempting to obtain  Sh39,544,200,000 from Buno by falsely pretending that he would be awarded a tender by the State Department of Defence to supply military equipment.

The offence is said to have been committed on diverse dates between October 2, 2019 and February 13, 2020 at unknown places within the Republic of Kenya

He is said to have presented himself to Bruno and Mamdough Mostafa Amer Lofty as a person employed in the public service as the DP’s PA.

In other counts against all the accused persons, prosecution alleges that on diverse dates between October 2,2019 and February 13, 2020 at unknown places within the Republic of Kenya  the accused jointly with others not before court conspired to make documents without authority including End Use Certificate, Non-Disclosure Agreement (NDA),  and notification of award for restricted classified tender number HC2019/2026.

The magistrate directed the case be mentioned on March 11 for the prosecution to respond to the defence application, seeking police to release Echesa’s firearm and a motor vehicle, which they said were not part of the case. 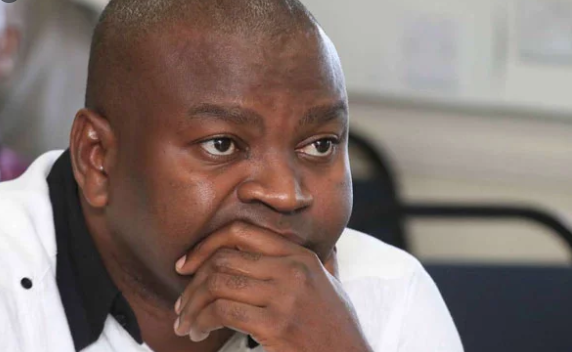 Former Sports CS Echesa, co-accused to be freed after probe