Appearing before the National Assembly’s Education Committee yesterday, TSC chief executive Nancy Macharia said the commission was in a dilemma over the shortage caused by the transfer of non-local teachers over insecurity.

“TSC is in a Catch 22 situation. We know that the pupils need to learn but we also know that teachers need to be protected as life is important,” she said.

She was categorical that the commission will not post teachers to the region until their security is guaranteed, adding that the Al Shabaab militia group has killed the 42 non-local teachers in the last five years.

Macharia, who had been summoned alongside Education Cabinet Secretary George Magoha and Inspector General of Police Hilary Mutyambai to shed light on the learning crisis caused by a mass transfer of non-local teachers,  told the  committee chaired by Tinderet MP Julius Melly to implore the region’s leaders to mobilise the retirees, who are aged between 60 and 65, for immediate contractual hiring.

“We are considering engaging local teachers between the ages of 60 and 65 years  on contract.

We propose the leadership of the region to assist the commission to mop up such teachers for employment on contract, “ said Macharia.

On their part, MPs present including Melly, Wilson Sossion (Nominated), Ahmed North (Wajir West) Rashid Kassim (Wajir East), Omboko Milemba (Emuhaya) told TSC to not only consider the proposal by Magoha but to also put a freeze on transfer of local teachers in the region.

In particular Melly also proposed that TSC considers hiring teachers who are 65 years and below on contract basis.

He said: “TSC as a matter of urgency should ban the transfer of local teachers. As for the resolutions go and implement them and then brief us later.”

Kolosh says that for affirmative action to be implemented, the entry grades for joining TTIs in North Eastern region should be lowered.

Kassim told TSC to consider employing untrained teachers to fill the gap currently being witnessed. She told the MPs  that their efforts to coerce teachers to go back to work in the region has had far reaching consequences, including some of them being brought “back in coffins”.

The TSC boss said she was even accused of being inhumane when she attended the burial of one of the teachers who was killed. ”

I was recently told, mama tulikupatia mwalimu, ukatupatia sanduku  (madam, we gave you a teacher and in return you brought back a coffin),” she added.

At the same time, Machria urged the leaders to fish out the 150 trained but unemployed teachers from the region to be employed on permanent and pensionable terms.

She said local leaders should be actively involved after the commission’s efforts to consistently advertise for the said positions on contracts have not been forthcoming.

She said the 335, 000 qualified, but unemployed teachers who have been ready to serve have refused to be posted to North Eastern Region because of safety concerns.

Macharia, in particular, said the commission is keen to identify the 11 teachers, who qualified from Mandera Teachers Training College (TTC) in 2019 for employment on permanent and pensionable basis.

“We want to encourage locals to train as teachers and take advantage of Mandera TTC and Garissa University.

The commission undertakes to employ the said teachers immediately upon graduation, ” she assured.

Macharia said the security situation in the region had become unpredictable, thus making it impossible for those posted there to work.

“The situation has become extremely dangerous in Mandera, Wajir and Garrissa counties due to the al-Shabaab menace.

The emerging and consistent trend by the terror group to specifically attack non-local teachers has pricked the conscience of the society, occasioned public outcry and rendered meaningless the sanctity of life, ” she said.

The TSC boss said the commission’s decisions to literally force and coerce teachers to return and work in the region has been counterproductive because of what appears to be a well coordinated killings of  non-local teachers.

She, however, denied claims the commission withdrew teachers saying the transfers were done on case to case  basis.

“We did not withdraw teachers but what we  have done  is that we transferred them based on a case by case basis.

It is, therefore, clear that the security in the region had become unpredictable thus making it impossible for teachers to work,” said Macharia.

Her sentiments came even as the government through Magoha proposed that the 24,058 local students who scored C Plain and above in the  region be trained to take over teaching as a temporary measure.

Magoha, who was with his PS Belio Kipsang, proposed that local leaders should  ensure that students from the region who scored  C plain in the region are identified and encouraged to offer teaching services. 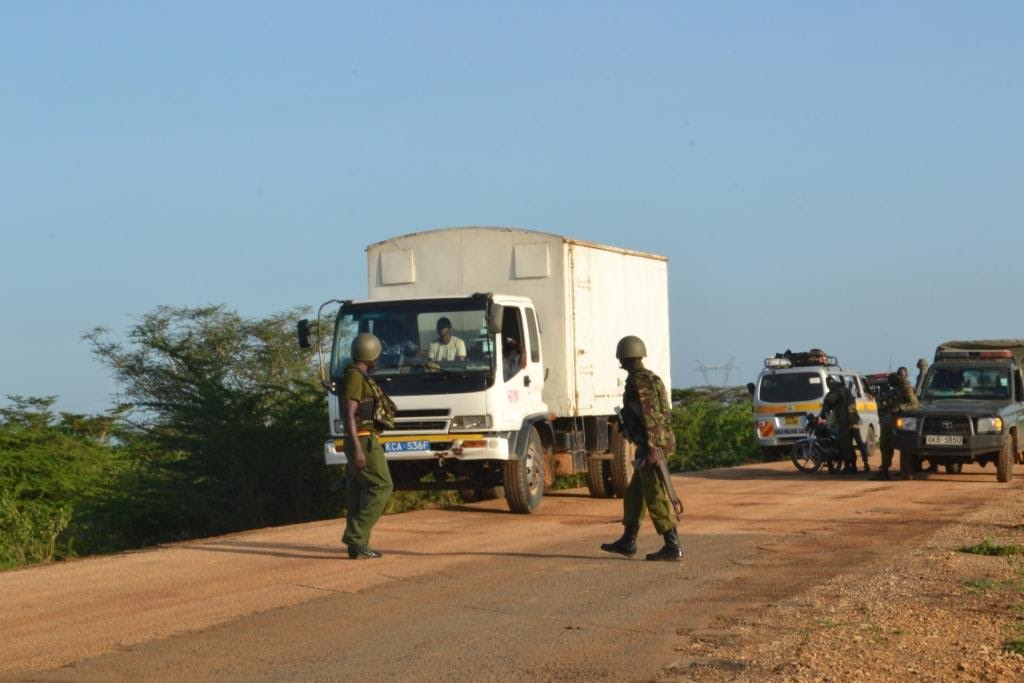 Boundary wars at the root of Bomet, Kericho water woes