Residents of two villages bordering Kiambu and Murang’a Counties are now pleading to the government to promptly intervene and help them reconstruct a collapsed bridge that is at the verge of becoming a deathtrap.

The locals from Iyembeni and Ngoliba villages in Gatanga and Thika town constituencies decried that their only means of crossing from one ridge to the other had collapsed.

They said that they have been exercising a delicate balance crossing flooded river Chania, a situation that has also crippled movement of their farm produce to various markets.

Led by Wambua Kaviatu, a villager, the residents noted with concern that rainy seasons most affect their operations as they also fear being marauded by deadly crocodiles while trying to cross the huge river.

Worst hit, Wambui said, are school-going children who risk their lives every morning as they use boats to cross the deep river that is heavily infested with hippos.

“It’s been a great concern and we have tried to reach out to leaders for a solution but our efforts are yet to bear fruits,” said Wambui.

Also of concern to the locals is the proximity between the crossing point and a waterfall which makes the flow of the water so rapid posing danger to the kids.

Residents said that situation has hampered their economic development due to incapacitated movements thereby rendering many people such as bodaboda operators jobless.

But while inspecting development projects in the area, MPs Patrick Wainaina and Joseph Nduati vowed to offer a permanent solution to the challenge expressing concern over low economic development occasioned by the situation.

The MPs noted that the bridge was swept by raging waters as it was semi-permanent but the government was doing everything possible to contain the situation.

Wainaina said that the national government engineers under Kenya Rural Roads Authority (Kerra) were in the process of assessing the situation and will soon dive into action.

“We want to build a permanent crossing bridge that will also be used by lorries that ferry items between the two constituencies. The business that happens across that area is very huge and we cannot just sit and watch as the economic activities of our people cripple. We will do a project that will open up the area more and one that will spur further economic developments,” said Wainaina. 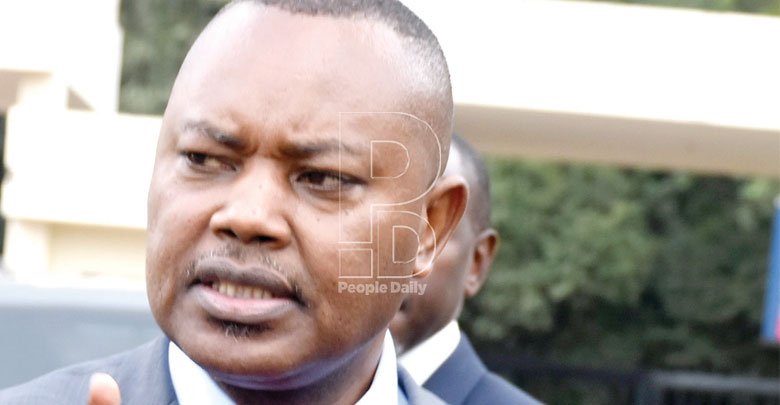 Tycoon ordered to appear at DCI for grilling