The Building Bridges Initiative (BBI) rally planned for tomorrow at Tononoka grounds in Mombasa has escalated the war of words between Deputy President William Ruto and former Prime Minister Raila Odinga, with the leaders accusing each other of exclusion and sabotage.

The heightened rhetoric between the two leaders and their supporters has drawn the attention of police chiefs, who promised to beef up security at the coastal town ahead of what is expected to be a show of political force.

Ruto’s allies have vowed to attend the BBI rally organised by four Coast governors allied to Raila, to drum up support for the national cohesion campaign, which the DP’s brigade had initially opposed.

Yesterday, the DP and Raila separately traded barbs over tomorrow’s event, with Ruto warning the former premier and his supporters against sidelining a section of Kenyans while the Opposition leader cautioned those he said were planning to sabotage the meeting.

Ruto, who spoke during a tour of development projects in Nairobi’s Embakasi constituency, said no one would be allowed to use BBI to divide or sideline Kenyans.

“BBI is for all Kenyans and no one should be sidelined or prevented from giving his or her views.

Each and every Kenyan’s views matter and should be respected,” said Ruto, adding that no one has authority to lecture Kenyans on the kind of people to attend BBI meetings.

“We are not refugees in Kenya to be invited to attend BBI meetings. We are participating in the process because we have a right to do so since the programme is for all of us.

No one should tell us who should attend and who should not attend such meetings,” said the DP.

“Leaders should not hijack this process. Let ordinary Kenyans have a say in the entire process as this is not an avenue for a few leaders to look for political seats,”he added.

But Raila, whose March 9, 2018 Handshake with President Uhuru Kenyatta gave birth to the BBI process, while speaking after meeting some senators from Central Kenya at a Nairobi hotel, said the BBI process was a movement whose force was unstoppable.

And I don’t think that there is any force that can stop this train from moving. We have invited everybody else to come on board,”  he said.

Raila said the process was not aimed at giving any particular individual advantage, about 2022 or about isolating any community as alleged by Ruto and his supporters.

“I have never said that I want to be president in 2022.  That is how some of those people are. The BBI does not talk about elections of 2022,” said the former premier.

“I want to invite our people to completely ignore all those who are misguided,” he added.

Raila’s remarks appeared aimed at the DP’s allies, who have been critical of the BBI process and their planned attendance in Mombasa tomorrow is being viewed as deliberate attempts to stage a duel, leading to fears of a possible confrontation.

Police officers, including the General Service Unit, have been deployed from the neighbouring Kilifi and Kwale counties to reinforce their Mombasa counterparts to avert any confrontation between supporters of the two camps.

Coast regional police commander Rashid Yakub yesterday warned politicians to be civil during the meeting meant to popularise BBI at the grassroots.

“We will deploy GSU, anti-riot police, and plain clothes officers, who will be recording every speaker just in case they engage in hate speech,” he added.

Ruto’s allies, led by Senate Majority Leader Kipchumba Murkomen, who have been critical of the initiative, have skipped similar events in Kisii and Kakamega, but said they would be attending future meetings.

Yesterday, governors who have been tasked with planning the rally warned the Ruto group against actions that might affect the aim of the meeting.

Governors Hassan Joho of Mombasa, Granton Samboja (Taita Taveta), Amason Kingi (Kilifi) and Dhado Godana (Tana River), who back the Uhuru-Raila partnership, said all Kenyans were welcome but the organisers will not allow those with “negative politics” to undermine the BBI report.

“This is not a meeting for political duels... This will be a forum for Coast people to discuss issues affecting them directly and look for solutions via BBI,” said Kingi.

Samboja said while the Coast leadership acknowledges that every Kenyan has a right to attend the meeting, divisive politics will not be allowed to divert the agenda of the rally.

Two of the region’s governors— Salim Mvurya of Kwale and his Lamu counterpart Fahim Twaha— did not attend a press briefing held at Tononoka grounds.. 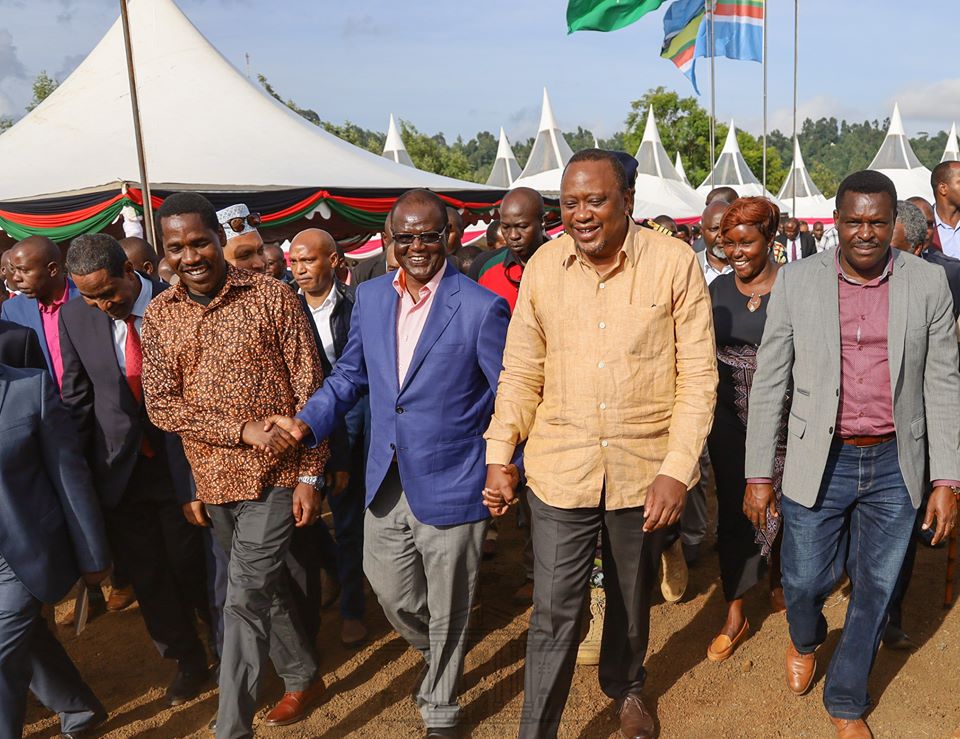 Give all chance to chart Kenya’s future through BBI

National Land Commission on the spot over railway land payout

Candidate who is planning to climb Mt Kenya–literally