Dressed in his characteristic baggy grey coat, a red shirt and a short trouser that barely reaches his ankle, Francis Munyao aka MCA Tricky convincingly brings the street boy persona to the stage.

But not many people know that behind his chokora persona, the stand-up comedian is a university graduate, a radio host, and a master of ceremonies (MC).

His mother, Anne Kasivi, a farmer in Makueni still marvels at her last born’s achievements.

Tricky has managed to settle the family in a good house and make their lives comfortable, one of the things that he considers to be his greatest achievements in life.

For now, his stunt as a social media influencer has been his anchor during this tough Covid-19 period.

His YouTube channel MCA Tricky TV has 250,000 subscribers, while both his Instagram and Facebook channels have over one million followers, which has made the 27-year-old a highly sought out influencer.

“He has an upcoming YouTube talk show that has a touch of comedy dubbed ‘Step by Step’.

The show is meant to inspire young people to make use of their talents,” narrates Anne

Anne recalls how tough life was raising her three children. Together with her husband, they did menial jobs in the village. As their children grew older, they would too join in the hustle. “We would clear bushes and cultivate a farm for Sh100,” she says.

But though her son’s childhood was riddled with poverty, Tricky was a bright student.

“He received full scholarship in the boarding school. I remember borrowing my brother’s old bag for Tricky to carry his school belongings with since I couldn’t afford a new bag,” she recalls.

Even with the hardships, Tricky still managed to hold first position. Since Anne had sold all their goats and chicken to pay for Trickys’ elder sibling’s fees, she had no extra money for bus fare to visit his son, hence she would walk 50 kilometres to see him.

“When at Ikungu, there was one time pupils were going for an educational trip to Mombasa and they were paying Sh600.

That was a large sum of money for us to raise, but the headmaster surprised him by paying for his trip.

I remember packing for him some sticks to brush his teeth since he didn’t have a toothbrush.

For shoes, we borrowed my neighbour’s, but they were big in size,” he says.

He was sponsored to study in Masai Boys High School in Nairobi, but after Form One, the scholarship ended and that’s how he found himself in the streets of Nairobi.

“The year 2008 was one of the darkest moments in his life, something he doesn’t want to talk about.

I didn’t know about him being a chokora. I guess he didn’t want to worry us or feel like he was troubling us,” she says.

He returned home in 2009 and joined Kiangini Secondary School, Makueni. But after an year, he got scholarship again and went back to his former secondary school in Nairobi. Come final exams, Tricky scored an A.

He was absorbed in his alma mater as a teacher teaching science subjects.

“The challenges he has passed through in life equipped him to assist his students with their assignments as he would stay with them until late at night,” she reveals.

His monthly salary was around Sh6,000 from which he rented a house and further supported his family.

Tricky later received his admission to join Kenyatta University (KU) and was required to pay Sh20,000, an amount he didn’t have.

As a result, he deferred his studies. “He was supposed to join KU in 2012 to pursue biochemistry, but he deferred and changed to mechanical engineering in 2013,” Anne says.

“He was the first person in our village to go to university. Here, he still was an A student and was loved by his lecturers.

During long holidays, he would go back home and continue teaching. It was in his second year that he became the vice chair of the Mechanical Engineering School Association.

It was also in this year that his comedy and MC’s skills were honed when he joined the drama club,” she continues.

He became the chairman of the group after a year and through it, he would end up performing for president Uhuru Kenyatta, the former Prime Minister Raila Odinga and many other dignitaries such as former US president Barack Obama in 2015.

He auditioned for Churchill Show in 2016. Though he failed in his first attempt, he sailed through the second audition.

What made him get the part was remembering a character who made his life bearable during that dark 2008 year.

“He wanted to show people that even during tough times, there is something one can learn from the situation,” she says.

His chokora role would eventually catapult him to fame.  But some of his villagers and critics question his fast rise to fame and fortune.

Some naysayers in the village think that he belongs to the famous illuminati cult. Some even thought that they had a jinni, something that has made Anne go slow with her neighbours.

“Presently, the people he used to farm for are the ones farming for him. My son always tells us to never treat them the way they treated us and when he does shopping, he always tells us to share with those who stood with us during our tough moments,” Anne says in conclusion. 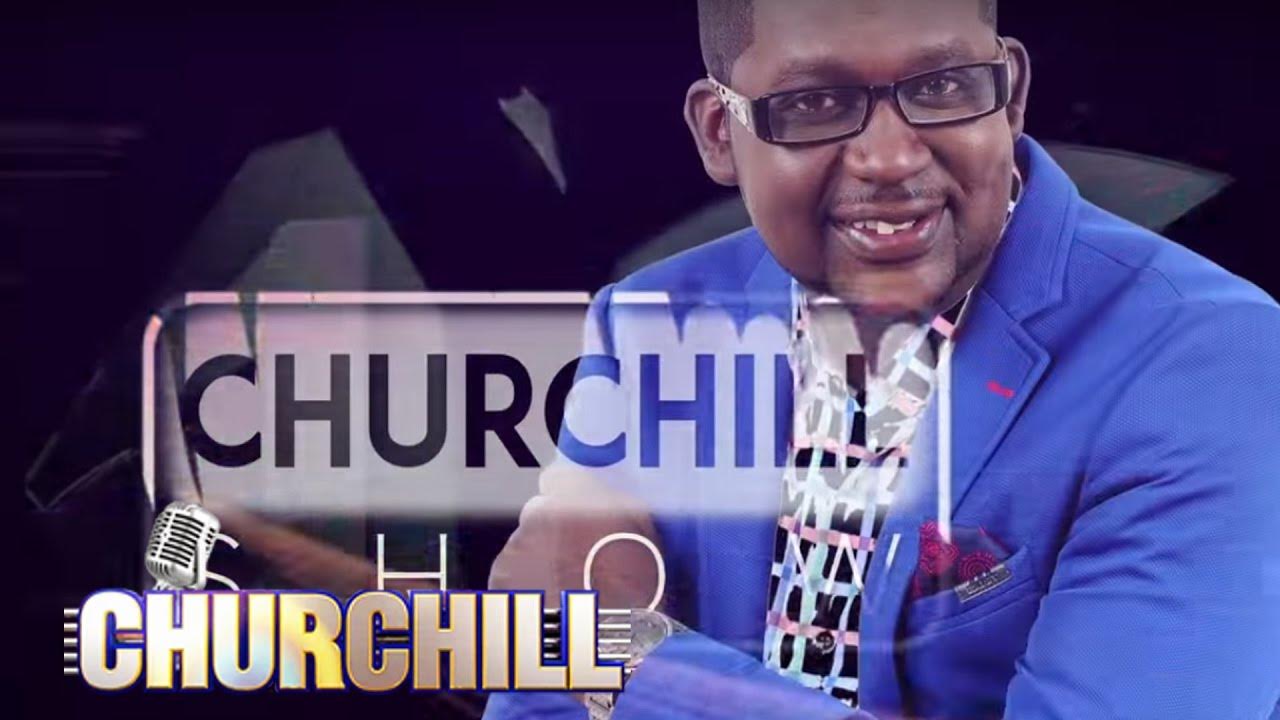