Why Kenyan businesswoman in Denmark fears for her life

A Kenyan businesswoman based in Denmark is living in fear after she started receiving threatening messages and calls from unknown people.

Penninah Njoki, 70, told People Daily on Thursday that she has been receiving death threats and insults from private mobile numbers she suspected were from two people she has instituted a case against at the Milimani law court.

She claimed that the duo obtained more than Sh5 million from her by false pretenses, prompting her to sue them.

"They started sending me death threats and sometimes this year, when I visited Kenya, I had them arrested for stealing my money,” she said.

She said that she had employed one of them as her driver for more than 17 years, only for him to take advantage of the trust she had in him to fleece her.

“The man approached me with a business idea and I agreed to send money to him amounting millions of shillings to start a joint petrol station business. He later gave me an agreement letter to sign but little did I realise that it was fake. I actually signed documents implying that we had bought a second-hand Toyota Land Cruiser', she said.

Njoki said her would-be-business partner in collaboration with his friend took advantage of her 'illiteracy' to con her.

"I went to Denmark when I was 16 years old, and I trained in Danish which is the only foreign language I know. I understand Kikuyu as well,” she explained.

She revealed that she is planning to come to Kenyan this month and report the threats at Kilimani police station.

Some of her family members who sought anonymity told us that people driving in vehicles with concealed registration number were trailing her as she went to her home in Westlands prompting them to seek refuge at an undisclosed location.

"We could not take chances with our lives. We migrated to places we cannot disclose. We are living in fear," a family member said.

Peter Wachiuri and Joseph Gachoka are facing charges of obtaining money by false pretence, where they denied obtaining more than Sh5 million from Njoki in Nairobi on diverse dates in December 2018.

They denied the charged before senior resident magistrate PM Mayova and are each out on Sh500,000 and a surety of the same amount. 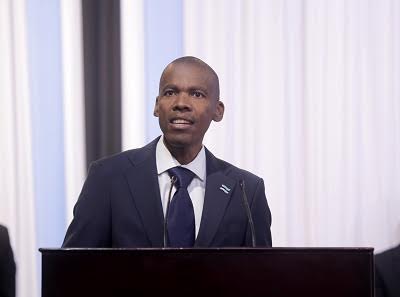