Normalcy returns at KNH after court order medics back to work

Normalcy has returned at the Kenyatta National Hospital (KNH) after health workers called off their strike yesterday.

It follows a ruling by the Employment and Labour Relations Court, suspending the strike pending the hearing of a case filed by the hospital.

Verdict of the court was delivered after an application filed by KNH on Tuesday, which was certified as urgent with the matter slated for hearing on October 6.

The three- day strike had disrupted operations leading to the death of two patients. Thousands other patients were also forced to transfer their ailing relatives to private hospitals.

Calling off the strike, union leaders said the decision was in line with a ruling by the court, suspending the strike pending hearing of a case filed by the hospital.

Medics had been accusing the Salaries and Remuneration Commission (SRC) of failing to effect salary increments to commensurate with the institution’s elevated categorisation.

In particular, workers are demanding implementation of resolutions from the State Corporation Advisory Committee that was passed in 2012, which upgraded the hospital’s parastatal status from 3C to 7A.

But in a quick rejoinder, SRC responded to the strike saying it is as a result of demands for pay increase outside the Commission’s advice.

In a statement, SRC clarified that it undertook a job evaluation and determined the relative worth of jobs at KNH in 2017.

“Commission advised KNH on the resultant job evaluation-based salary structure, which the hospital has been implementing since 2017, with the last phase implemented with effect from July 1.

Members of staff  have therefore benefited from salary increment,” it said.

Commission also maintained that it had taken into account the principles outlined in Article 230(5) of the Constitution, and Section 12(1) of the SRC Act, 2011, “which ensure a fiscally sustainable, rationalised and equitable job grading and salary structures in the public sector.”

According to SRC, some of the key principles, among them, the need to recognise performance and productivity, transparency and fairness and equal pay to persons for work of equal value determines the criteria with which to allocate remuneration and benefits.

Kenya Medical Practitioners, Pharmacists and Dentists Union acting Secretary-General Chibanzi Mwachonda, said the strike will resume if their grievances will not be addressed.

“The struggle continues, it is  just that we are changing tack,” Mwachonda said. “We have agreed in one accord that we are going to look for the best lawyers in Kenya.

This is an agreement of 2012 so what we want are the arrears of 2012,” Knun  Secretary-General Seth Panyako said. 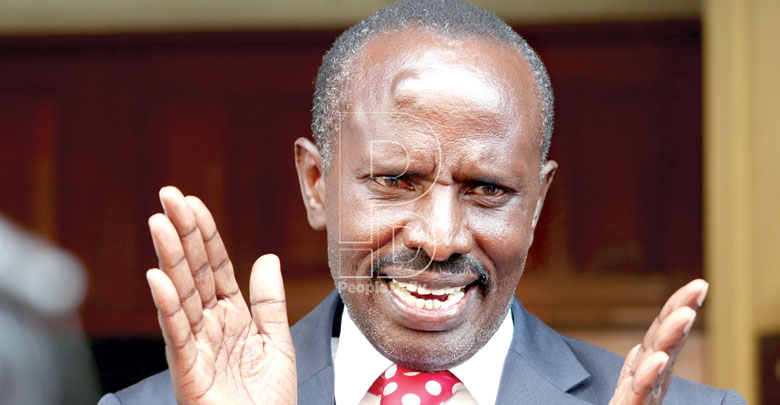