Two police officers based at Kayole Police Station in Nairobi suspected to have shot dead a university student and dumped the body at a thicket were yesterday grilled by detectives from the Directorate of Criminal Investigations (DCI).

The grilling comes just a day after another man, Vitalis Mark Okinda, was reportedly tortured to death while in custody at Bondo Police Station in Siaya County, putting the police service under the spotlight over killings.

He never returned home and instead on Tuesday morning, four days later, his body was moved to the mortuary from police cells where he had been detained after the family failed to raise Sh40,000 allegedly demanded by police.

A post-mortem conducted yesterday revealed that Okinda died as a result of head injuries.

The autopsy was conducted by Dr Paul Oloo and was attended by the Independent Policing Oversight Authority (IPOA) detectives and family lawyer Dola Indidis.

“The family is satisfied with the outcome of the post-mortem and it will now let the law take its course,” said Indidis.

According to the brother, Elijah Okinda, the deceased arrived at the hospital’s gate but he was told to leave his motorcycle outside as they were not allowed inside the compound.

Fearing that it could be stolen, he insisted on parking it inside. As a result, a small altercation ensued and the hospital administration reported to the police.

“He went and got the jab but when he came back, he did not find the motorcycle. He was later told that it had been impounded  by police officers,” the brother said.

Mark was later called by a senior officer known to him at the station, Leonard Omuse, who told him to go to the station to pick his motorcycle and assured him that all was well.

However, when he arrived, the officers pounced on him and he tried to resist. They overpowered him and he was locked in cells.

“We went to the station where we found out that he had been accused of several charges including assault, being in possession of 29 rolls of bhang and being disorderly,” he said.

The officers told the family to pay cash bail of Sh40,000 so that he could be released.

“We did not have the Sh40,000 and we requested them to take him to court. We expected them to charge him on Monday but he was not there,” he said.

Some friends and family members went to check on him at the station and he was well and jovial.

“A police officer known to us continued calling us to ‘pay’ the Sh40,000 so that they could release him. At this point, we learnt that they were actually demanding a bribe,” another family member said.

It is believed Mark was assaulted by several people on Monday night during a blackout.

The family managed to raise the money and went to the station on Tuesday but they did not find him.

They inquired from a senior officer who told them that he was away attending a meeting and when he came back, he was told that Mark was found unconscious in the cells.

He claimed they took him to the hospital but he was pronounced dead. According to family members, the body had physical injuries indicating that he had been seriously assaulted.

His mother, Angeline Okinda, maintained there is no way her son could have died at the hospital because his body had bruises, his clothes had blood stains and his underwear soiled, a clear indication that he must have been tortured.

“The blood stains on his clothes and bruises on the body indicate that he was subjected to severe torture and after sensing that he was losing the battle, rushed him to hospital,” she said.

His father, Julius Okinda, wondered why his son who had been accused of resisting arrest and being in possession of 29 rolls of bhang was not arraigned on Monday yet he was arrested on Friday.

“Police called and notified me of the charges. As we waited to follow up the matter, I received a call on Tuesday informing me of the death of my son,” the father said.

“Okinda had been in custody but fell ill on Monday and was taken to hospital where he was pronounced dead on arrival,” she said.

In the Kayole case, preliminary investigations revealed that the deceased, Johnson Avomba, had been arrested by the two officers near a butchery where he was chewing miraa at around 9.30pm. An altercation ensued and he decided to run away.

The officers fired three times in the air and one bullet hit him. They then picked the body and put it in a private car and eyewitnesses presumed that he had been arrested and was being taken to police station.

Later, the body of the student was found dumped in a thicket in Kayole. Sources said one of the officers went back to the scene and cleared the blood stains.

Investigations pointed to them and they were yesterday arrested. The guns were confiscated and both their mobile phones and police radios taken for analysis. Several witnesses, including the deceased’s father have recorded statements.

Elsewhere, two police officers were arrested in separate incidents in Mombasa and Meru.

At Mtwapa Police Station, a Police Constable was arrested after he tore the Occurrence Book (OB) and threatened to kill the Mtwapa station commander.

In another case in Nkubu, Meru county, Administration Police Constable Roy Muchiri, who was guarding a bank shot and seriously injured Pharis Karani Gitobu, 24, on the left ankle. He then surrendered himself to Nkubu OCS who kept the firearm.

In November last year, the High Court in Mombasa delivered a judgment that is likely to have far-reaching implications on how police officers handle arrested persons in their custody.

In the case, four police officers were convicted of manslaughter over the death of Alexander John Monson who died in police custody after he was arrested on May 19, 2012 and taken to Diani police station.

During the night, his condition deteriorated. He failed to wake up at 6am to take breakfast.

Police only took him to hospital at 11am and was later, around 5pm, pronounced dead.

Justice Erick Ogola noted that regardless of who tortured him, the four accused police officers knowing the injury that he had suffered, took no action to secure his treatment but instead returned him to the cell where he went into unconsciousness.

The judge concluded that the death of Monson was caused through an unlawful act and or omission of the four accused police officers who failed to ensure he gets medical attention while under their care  leading to his death.

To avoid such an occurrence in future, Justice Ogola came up with a set of rules which he christened “the Ogola Rules” and which require that every suspect be subjected to mental and health screening at the time they are booked into a police cell, surveillance cameras be installed within police stations including cells, and that police officers must account for every suspect in the police station, not just in terms of physical head count but also the suspect’s health condition and general well-being, among others. 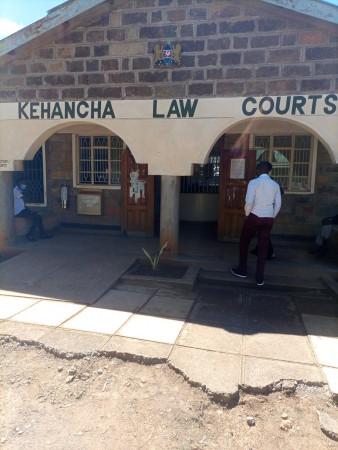