The Independent Electoral and Boundaries Commission (IEBC) has intensified voter registration across the country, as it moves to meet the six million target.

Local politicians have also retreated to their home areas to facilitate the registration of potential voters, to boost their chances in the next General Election.

The commission estimates that four million Kenyans have attained the voting age of 18, with this mass registration expected to tip the scales in next year’s polls.

Yesterday, Mathira MP Rigathi Gachagua expressed concern over the low turnout in Mt Kenya — a region that is widely expected to play a significant role in determining the fifth President of Kenya.

Gachagua said the turnout was disappointing and urged local people to come out and ensure that they are enrolled as voters, in order to be able to exercise their democratic rights.

“We have less than 700 new registered voters so far in my constituency. This is worrying, This is the reason behind my decision to move around, urging my people to register so that come next year, they will be able to exercise their constitutional right of choosing leaders of their choice.

I am also pleading with those in towns like Nairobi to register as voters in their respective villages and bring leadership change,” he said.

The leaders gathered in Rachuonyo constituency to find solutions to the current low turnout in the ongoing voter registration..

“I am calling on every parent and every adult to conduct a check in their individual houses and encourage those in possession of national IDs but are yet to register as voters to come out and do so,” said Awiti.

He added that the county has a huge task ahead of ensuring that ODM party leader Raila Odinga garners a large number of votes from Nyanza region.

On her part, Homa Bay County Woman Rep Gladys Wanga explained that as leaders, they would ensure every individual in the county comes out to vote in the upcoming election so that Raila can ascend to presidency.

“We are standing together as the leadership of Homa Bay county with a target of 650,000 that will ensure we move from the current 476,000 registered voters by the end of the exercise,” she said.

Aisha disclosed that only 5,180 new voters have registered since the exercise began. She said the commission had targeted 3,249 new voters per day.

“The trend is worrying. Though we have seen registration rising from 449 to 800 currently, there is need for the youth who are the target group, to come out and register,” said Aisha

In West Pokot, nominated MCA Elijah Kaseuseu has urged residents, particularly youth, to register as voters in readiness for the 2022 General Election.

“IEBC voter registration exercise is ongoing, I urge all West Pokot residents and Kenyans to register before the closure of the exercise on November 4, 2021,” he urged.

In Uasin Gishu, the commission has expressed confidence that it will manage to register around 166,000 voters in the on-going mass voter registrations.

County IEBC manager Jane Gitonga, said with support from all stakeholders, she is certain her officers will manage to attain the target.

“Majority of unregistered voters are between 18-25 years old, many of whom have collected their IDs but they have not bothered to register as voters, we have reasons to believe the majority of these individuals are university students,” she said. 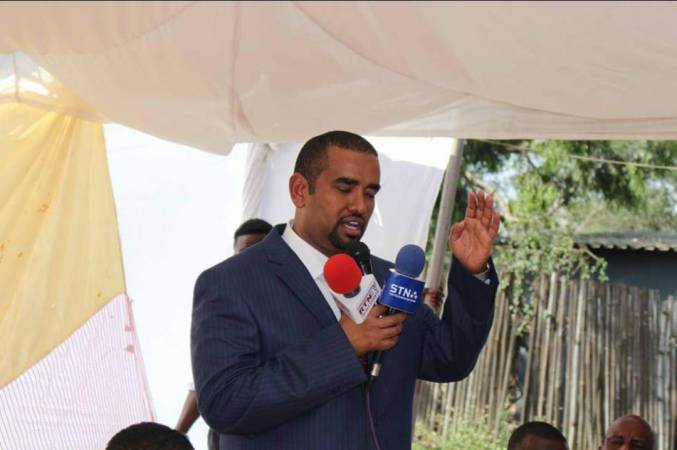