Ida Odinga, the wife of Orange Democratic Movement (ODM) leader Raila Odinga, was on Friday given a Kikuyu name during her husband’s political tour in Nyeri.

Raila's wife, who was dressed in a traditional Kikuyu attire, was given the name Nyawira, by women leaders in Nyeri County for her love for family values, community and country at large.

One of the women present at the ceremony further revealed that Nyawira is a female name given to a hard-working woman who has patience and love for all, starting from her own family and the country at large.

The women also gifted Ida with traditional Kikuyu items, which she accepted, much to the excitement of the watching crowd that had gathered at the Kabiruini grounds.

Raila is on a two-day political tour in Nyeri County, hosting a series of Azimio la Umoja events while meeting stakeholders from the region. 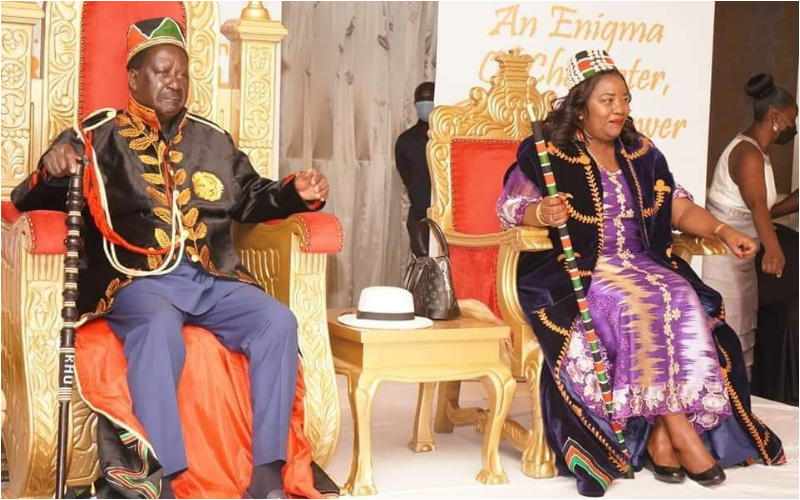