Kisii County Deputy Governor Joash Maangi has reiterated his support for Deputy President William Ruto saying he is the only one who has declared interest for the country’s top seat.

The deputy governor has also refuted claims by rivals that he is against Interior Cabinet Secretary Dr Fred Matiang’I saying he has no grudge against the CS.

Maangi says the Cabinet Secretary is still serving in President Uhuru Kenyatta’s government and he has not declared his ambition for presidency, stressing when he declares, the community will rally behind him.

In an interview with People Daily, he said he and Matiang’I have initiated a campaign to unite members of the Gusii community ahead of the 2022 general poll.

“If the Cabinet Secretary vies for the presidency, the community will support him. For now, he should be left to work,” Maangi said.

He said it was necessary for the community to unite and speak in one voice for them to have strong bargaining power for the country’s cake in the next government.

Nyachae, who vied for presidency through Ford People Party in which former President Mwai Kibaki won trailed then KANU’s candidate, Uhuru Kenyatta but managed to unite the community.

Maangi said it was wrong for leaders to fight and undermine him for associating with the Deputy President and instead they should work together to boost the lives of residents. 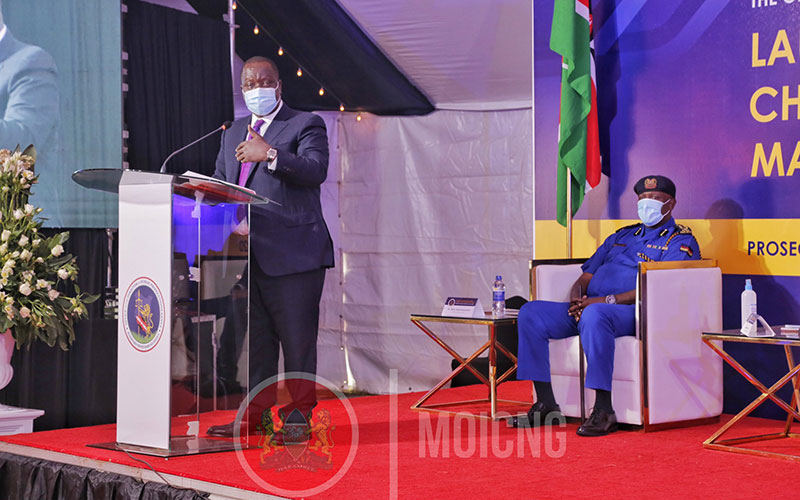