ANC leader Musalia Mudavadi said the youth form a big part of the voting bloc and cannot be sidelined from the country’s political dispensation.

He said his administration will ensure the youth are involved and included in decision-making from the lowest level of government to the Cabinet.

“Youth are the leaders of today and not tomorrow. For them to take over the leadership, they have to be groomed and involved in every aspect of leadership starting now,” he said at the party’s headquarters in Nairobi yesterday.

ANC leader held that Abdiwahab brings to the party a national face that not only represents women but also the marginalised communities of Northern Kenya, where the party enjoys a massive following.

Following her appointment, the 24-year-old called on youths to stand firm, unite and be counted in the leadership of the country.

“I support ANC party’s dream of reclaiming Kenya’s lost glory. Under our mantra #UchumiBora, we believe the youths of this country deserve a citizen-centric leadership,” she said.

I will officially quit ANC if Mudavadi joins Ruto – Savula 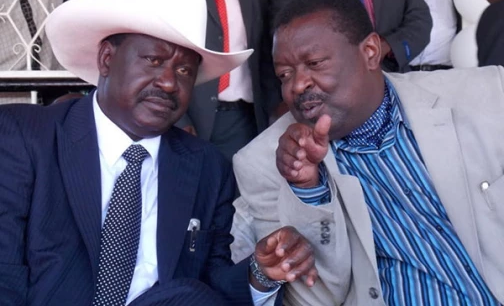