ODM leader Mr. Raila Odinga has on Tuesday November 23, 2021 stated that his Azimio La Umoja countrywide tours should not be mistaken for campaigns.

In a statement released by the ODM party, the opposition chief claimed that the Azimio la Umoja conventions he has been holding are only meant to listen to the views, needs, and concerns of Kenyans in the respective regions and spread the message of peace and unity among Kenyans.

Raila called on the Independent Electoral and Boundaries Commission Chairman, Wafula Chebukati, to take action on presidential aspirants that are already engaging in early campaigns before the electoral body declares the campaign window open.

"The party leader told Mr. Wafula Chebukati to stop beating around the bush and mention names of the politicians engaging in early campaigns. He says he is yet to declare whether or not he will vie for the top seat in the next general election," the statement by the Orange party read.

Raila's statement comes in the backdrop of a similar statement by Deputy President William Ruto, who is a frontrunner in the 2022 presidential contest.

Ruto stated that he has not yet started campaigning for his 2022 presidential bid. The second-in-command claimed that his numerous tours across the nation were in line with his duty as the deputy president.

He claimed that it is his mandate to tour different parts of the country and get feedback from Kenyans on government development projects.

"I haven’t started the campaign because the campaign period is not yet announced by IEBC, What you have see me do is to do my mandate; speaking to people, understanding their issues, assessing the extent of our government programs,” he said. 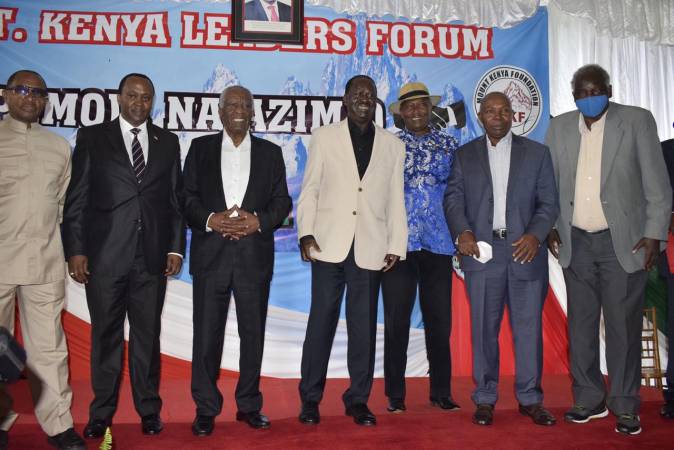