Wiper Movement party leader Kalonzo Musyoka has rubbished claims that One Kenya Alliance (OKA) is not united and maintained their goal is to have a peaceful country during and after the 2022 General elections.

Kalonzo, who is among the key four principals in OKA, upheld that the alliance has a clear goal on the direction to steer the country and will not be shaken by negative speculations from outsiders.

"OKA is a solid alliance despite the negative speculations, and we know where we are going as a unit and the vision we have for the country," Kalonzo said.

Kalonzo further urged Kenyans to register as voters ahead of the upcoming 2022 polls because it was the only weapon to change the lives of millions of electorates.

The presidential hopeful was accompanied by co-principal and Amani National Congress (ANC) party leader Musalia Mudavadi at the Nairobi East SDA Church, where they worshipped with the faithful.

Central Organization of Trade Union (COTU) Secretary General Francis Atwoli is on record terming members of OKA as jokers who are likely to plunge themselves into a political oblivion due to their dishonesty.

Atwoli further said that the dishonesty witnessed in OKA could see the political side collapse ahead of the 2022 polls, adding that in the past week, 3 of its legislators received Ksh 3 million from Ruto to weaken it.

"There are a number of legislators who are members of OKA but have been secretly meeting and picking bribes of as little as Ksh. 3 million each from Deputy President William Ruto yet they purport to support their principals.," Atwoli said.

Speaking during the burial of Jubilee Party Secretary Raphael Tuju’s stepmother Mary Gorretty Odiyo at Ralingo village in Rarieda constituency, Atwoli rubbished the OKA principals from Western, noting that as a Luhya elder he will communicate the direction to follow as a region.

The COTU boss announced that on December, 31, 2021 he will give a direction because those aspiring for the presidential seat are confused and betraying one another. 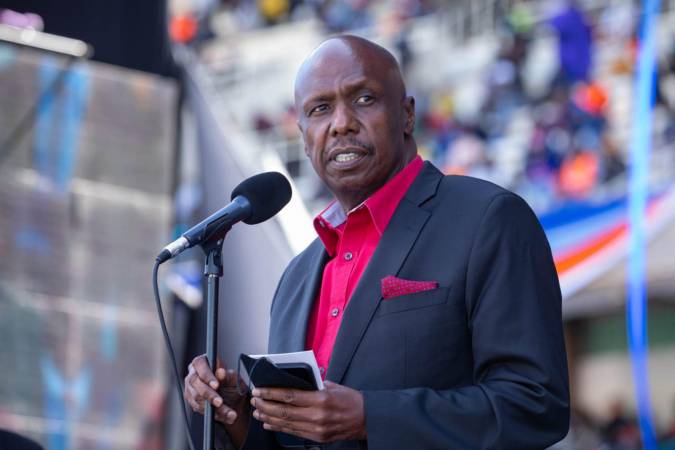 ‘We are one, Baba’s gain is our gain’ – Gideon Moi says at Azimio la Umoja event

‘Whoever OKA candidates shall support will become president’ – Sakaja says