Over the past few years, party primaries has been one of the major challenges Orange Democratic Movement (ODM) face during election.

The party's nominations has always been marred with irregularities and favorism from top party officials allegations. These allegations have in return cost the party various political as members quit for favorable parties.

To prevent instance where aspirant quit the party, ODM has come up with a trick that will deter losers from vying as independent candidates.

Through a push by its party leader Raila Odinga, the party asked the Independent Electoral and Boundaries Commission to give political parties more time to completed their primaries.

The move will see nominations loser barred from running as independent candidates courtesy of time lapse.

IEBC had initially set April 22 2022 as the last day to hold primaries, a date that could have allowed aspirants to quit their parties and run as independent candidates. This has however changed after the IEBC pushed the primaries dates to May 26.

IEBC election plans require independent candidates to submit their symbols or letters if they intend to vie as well as clear with the Registrar of Political parties by May 2 2022.

The Commission also requires an independent candidates who are members of a political party to quit the party at least three months to election date.

If ODM decides to hold its primaries after the May 9, then those who fail to win the party ticket will be barred from vying as independent in the General Elections.

This new move is a good news for Raila and his party who are facing serious nomination battle in their strongholds including Homa/Bay, Kisumu, Kisii, Kilifi, Siaya and Mombasa. 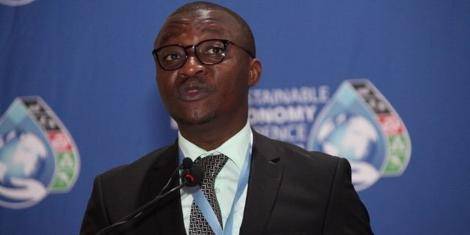