The alleged State House call to ODM leader Raila Odinga to skip a planned rally at the Kamukunji grounds on Sunday seems to have narrowed his options in the 2022 succession matrix.

Political pundits argue that Raila has limited but portent options to hold the Handshake together till the Building Bridges Initiative (BBI) Constitutional Amendment Bill 2020 is passed.

Martin Oloo, an advocate and political pundit, argues that Raila has two options left in his hands as he prepares to take another stab at the Presidency for the fifth time, though he has not expressed so openly.

“He either forms the next government or he becomes part of it. Those are his only two options. Uhuru can’t afford to push Raila and Deputy President William Ruto to one corner. That would be too lethal a cocktail for him. That makes a Raila-Ruto alliance only speculative, for now,” says Oloo.

The lawyer argues that only Raila can tackle Ruto who is allied to the United Democratic Alliance (UDA) and is currently riding on the campaign mantra of empowering the common people for the 2022 race.

“The truth is that if they want Ruto and Raila to team up and vanquish them, let them try to betray Raila. They need Raila more than he needs them. Should they front Moi, Mudavadi and Muturi axis, let them prepare for embarrassment,” said Oloo.

As the country marks the third anniversary of the March 9, 2018, Handshake between Uhuru and Raila today, the ODM leader has yet again found himself in an awkward situation.

“Raila should just be himself. Raila knows how to re-invent himself and still look good to his fans. It would not be shocking if he started faulting BBI and then ditch it if the presumed BBI benefits appear to go to rivals,” said United States University don Prof Macharia Munene.

He added: “His unsleeping think-tank is likely to be designing a strategy.” On Sunday, Murang’a Senator Irungu Kang’ata claimed the political marriage between President Kenyatta and Raila is in serious jeopardy, stating that leaders from Mount Kenya region allied to Ruto have been vindicated after being vilified for questioning the union.

“We warned President Uhuru not to enter any political partnership with Raila but he refused and the government started fighting us. Now he can see for himself. Once mistrust enters a political relationship, it cannot be repaired,” said Kang’ata.

Speculation was rife on Sunday that Raila would make a “major announcement” on the future of BBI at the Kamkunji grounds. This followed claims by Senate Minority Leader James Orengo (Siaya) that senior officials at the Office of the President were trying to derail Raila’s presidential journey.

“I want to warn some top civil servants paid by taxpayers’ money to stop meddling in the country’s political leadership. They are trying to reap where they have not sown,” Orengo said in Siaya at the weekend.

Earlier, Raila’s elder brother Oburu Oginga had asserted that the ODM leader could still work with the Deputy President in next year’s elections.

Last week, Oburu said there is nothing that can stop the former premier from working with Ruto in 2022, noting that their differences are political and not personal and therefore the duo could still work together if circumstances so necessitated.

“When the appropriate time comes, Raila will form an alliance and those talking now will be surprised. It is too early for those alliances to come, especially before we know the fate of BBI,” said Oburu.

Javas Bigambo, a Nairobi-based analyst, argued that regardless of the Uhuru-Raila Handshake deal, it would be naive to assume that the ODM leader is the President’s preferred successor.

“One may wonder whether President Kenyatta’s intervention came with goodies accompanied by a veiled threat. Raila’s silence speaks volumes,” Bigambo said of Uhuru’s alleged call to the ODM leader over the Sunday rally.

“It cannot escape attention and mention that Orengo’s outbursts mirrored Raila’s pulse rate as of last week.” University of Eldoret don Philip Chebunet, however, charged that Raila was “excited” by the Handshake and had hoped 2022 succession was part of the package.

“President Kenyatta has used and dumped Ruto, and Raila is receiving the same dose. Raila has benefited a lot from the Handshake and abusing Uhuru would have made sure he loses all the privileges, hence the caution. It’s better for Raila to leave now than wait for heartbreak later,” said Chebunet.

According to the don, the formation of a Mudavadi-Moi axis to lock out Raila will make it easier for Ruto to go through.

“Selfishness has always been the undoing of politicians. The hustler movement mobilisation strategy by Ruto is causing sleepless nights for the Moi, Mudavadi, Kalonzo and Muturi axis.” 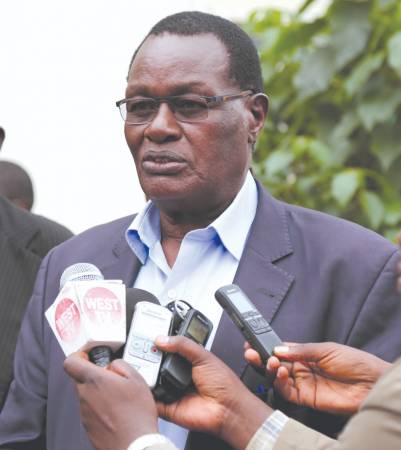