‘We have resolved to support Raila in 2022’- Kimemia says

The County chief said the region supports a Raila Presidency come 2022 because the whole country is safe in Raila's hands.

"The whole country, not just Mt. Kenya, is safe in Raila's hands. As a People, we have resolved to support him for the high office come August 2022 and there's no turning back on this.

Kimemia was speaking in Nyeri County, where the former premier is on a two-day political tour to campaign for his presidential ambitions ahead of the 2022 general elections.

Cabinet Secretary of Kenya's Ministry of Agriculture Peter Munya was in agreement with Kimemia saying the region shall support Raila once President Uhuru Kenyatta leaves office.

"We have resolved to support Raila for the Presidency after President Uhuru Kenyatta leaves office," Munya said. 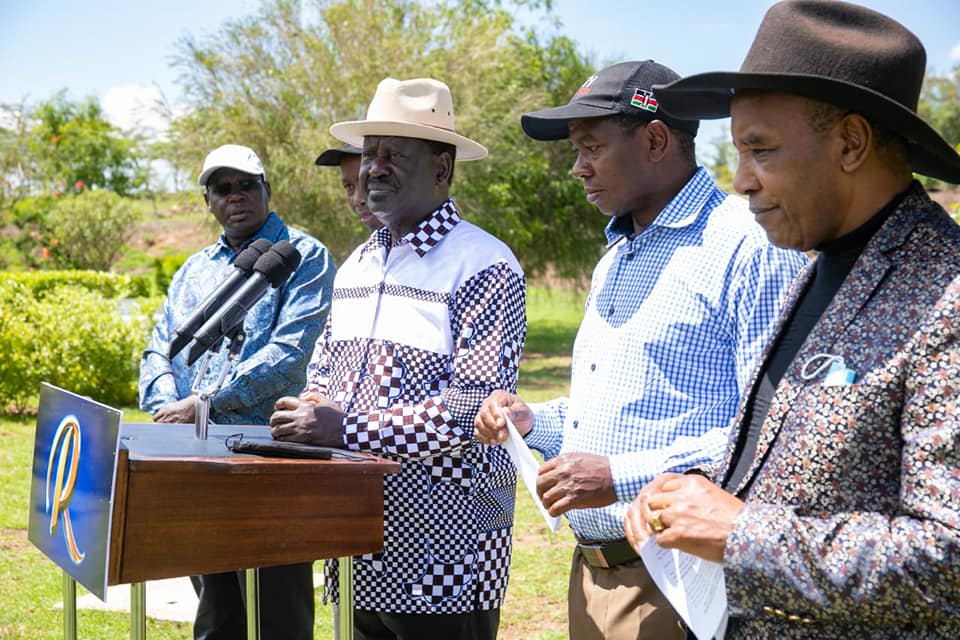