The family of controversial South African ‘prophet’ Shepherd Bushiri was on Sunday night stopped from airlifting a sick relative from Lilongwe, Malawi to Nairobi for medical attention.

People Daily has established that members of the family were stopped at the Hastings Kamuzu International Airport in Lilongwe from leaving the country to Nairobi aboard a private jet.

Details released by Malawian authorities revealed that aboard the Nairobi-bound private jet were prophet Bushiri’s two daughters Raphaella and Israella and his mother in law, Esther Bushiri.

His Malawian lawyer Wapona Kita, who spoke to People Daily yesterday, said that one of the prophet’s daughters needed serious medical attention and had been referred to a leading private hospital in Nairobi for further medication.

The daughter had been hospitalised in a Malawian hospital for months now before her doctors referred her to the Nairobi health facility where she had previously been admitted to and has her medical history.

It is against this background that the family hired the private air ambulance to airlift her to Kenya.

People Daily learnt that the ailing daughter was to be accompanied on the trip by two Kenyan medics who were already in Malawi.

“The daughter is currently hospitalised and there was a need of ensuring that she gets medical attention in a Kenyan hospital where she has been admitted to in the past,” the lawyer said, describing the patient’s condition as “serious.” 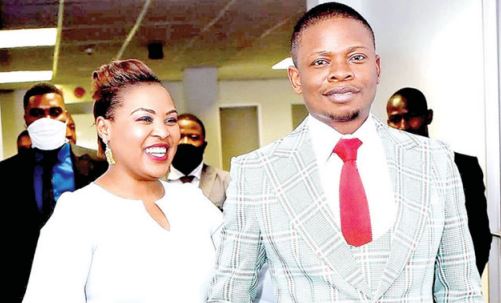 How Kenyans got into Malawi drama