With the coronavirus curve seemingly having flattened, all eyes are on President Uhuru Kenyatta today as he charts a new roadmap for the country in the aftermath of the devastating virus that has left close to 700 dead and more than 1.7 million Kenyans jobless.

With the country reeling from effects of Covid-19, expectations are high that President Kenyatta could order reopening of learning institutions that have remained closed for the last seven months, as well as lift some of the containment measures to reopen the economy.

This afternoon, the National Emergency Response Committee on Coronavirus is scheduled to present to the President a reviewed national and county response to Covid-19 and the country’s post-coronavirus outlook.

The meeting comes at a time pressure is mounting on the President to reopen the economy and schools as Kenyans continue to feel effects of the pandemic.

The National Consultative Conference will be presided over by the President at the Kenyatta International Convention Centre (KICC).

In his address, the Head of State is expected to announce the exact dates schools would resume learning and the safety measures put in place to ensure children and teacher safety.

Last week, Head of Public Service Joseph Kinyua had in a statement indicated that today’s national conference bringing together top government officials, governors and various stakeholders would be a game-changer in the fight against the pandemic.

“The pivotal conference is tipped to be a turning point in the fight against Covid-19,” Kinyua said in a statement.

On Thursday, the Council of Governors (CoG) unanimously endorsed a resolution on the reopening of learning institutions, lifting of the dusk-to-dawn curfew, reopening of bars and restaurants, and withdrawal of limitations on the number of people to attend events including weddings and funerals.

During a virtual conference, the governors, however, urged the government not to reopen Early Childhood Development Centres (ECDs) until a month after learning institutions would have been in operation.

“This would give us ample time to monitor the situation and determine whether the environment is conducive for the young learners to resume classes,” said CoG chairman Wycliffe Oparanya.

Oparanya, a member of the National Reference Group on Covid-19 that was constituted by President Kenyatta last month to review the efficacy of the government’s response and record lessons learnt, disclosed that governors had recommended to the Head of State to lift the curfew, reopen schools,  eateries, bars and entertainment joins albeit with strict protocols.

“Our team has proposed that since the curve seems to have flattened, the Head of State should now reopen everything.

We cannot remain in this kind of state forever as the economy is already on its knees,” Oparanya told People Daily.

Yesterday, Omu Anzala, a member of the national emergency committee, was nonchalant in response, as he observed that Kenya is already out of the woods.

“I am not telling people to drop their guard, but Kenya is as good as through this pandemic.

But remember this virus will continue to be with us for a long time,” said Prof Anzala, a virologist and lecturer at the University of Nairobi.

But Githinji Gitahi, the group chief executive of Amref Health Africa, counselled that Kenya should take a cautious approach towards reopening the economy, taking into account that the declining curve is only for Nairobi and nearby counties and Mombasa, while transmission in other counties has just began.

“Of course the President has the prerogative on what action to take, but my views would be to look at which measures can be lifted based on a clear understanding of the risks of the increasing transmission rate in other counties,” he said.

According to Dr Gitahi, the President should not lift measures controlling crowding, reducing the number of people in closed spaces, hand washing and mask wearing, and should also heighten contact tracing.

Gitahi opines that the current 80 per cent of the Covid-19 cases have been reported in the five counties of Nairobi, Kajiado, Machakos, Kiambu and Mombasa.

“We have seen some countries rush to lift containment measures and then quickly reverse them because of rising cases.

So this is not the right time for the President to reopen crowded places such as bars and entertainment joints. We would be courting disaster,” he cautioned.

Most health experts agree that though the President should lift the restrictions, some  containment measures such as wearing of masks, reducing interactions among people, robust testing and contact tracing and isolation support systems should remain in place.

The World Health Organisation (WHO) has weighed in with a warning that countries should not rush to ease restrictions until they have robust systems to closely monitor the infection situation.

WHO believes that the reported decline of cases is not necessarily an indication of a national reduction in the spread of the disease.

According to WHO, the decline closely mirrors trends for Nairobi and Mombasa counties, which account for 64 per cent of the total caseload and further the reduction coincides with several factors including lower laboratory testing, minimal contact tracing and deviation from the national testing strategy as only low-risk groups were targeting for testing.

With the positivity rate having decreased to all time low of about 4.2  per cent, down from 10 per cent in June and July, pressure has been mounting on President Kenyatta to open up the economy. Kenya has so far witnessed 38,115 confirmed cases, with 691 fatalities.

The positivity rate has averaged 5 per cent since mid August signalling the flattening of the coronavirus curve in the country.

But even though tough containment measures have remained in place since March when the first case was reported, the country has continuously reported cases of residents violating the restriction protocols such as organising events and breaking the rule on maintaining physical distancing, as well as drinking and holding parties where alcohol flowed freely.

“At times, the actions of our people have defeated the very purpose of having this measures in place.

Kenyans have returned to their normal way of living, and the earlier these restrictions are lifted, the better,” says Central Organisation of Trade Unions Secretary General Francis Atwoli.

Yesterday, Health Cabinet Secretary Mutahi Kagwe told the People Daily the below 5 per cent positivity rate is a good sign given that WHO defines successful flattening of the curve as a steady 5 per cent average for two consecutive weeks.

“It is a good sign that we are progressing towards the right direction. But this is not the time for Kenyans to throw caution to the wind.

We must remain vigilant because the virus is likely to pick up in the counties,” Kagwe said by telephone.

In the last two months, President Kenyatta has been gradually lifting some of the containment measures put in place since March to control spread of the virus.

In July, he lifted the orders barring movement in and out of Mombasa, Nairobi, Kwale, Kilifi and Mandera, as well as softened restrictions on religious services.

The maximum number of worshippers at any ceremony was raised from 15 to 100, and the duration increased to at least an hour and half from 45 minutes.

He reviewed the curfew hours to start from 9pm to 4am and amended the closing time for restaurants and eateries from 7pm to 8pm.

When he addressed the nation the last time on August 26, the President extended the prohibition of social and political gatherings of more than 15 people for an additional 30 days as he imposed tougher conditions on the sale of alcoholic drinks.

International flights in and out of the country have since resumed albeit under strict conditions.

Today’s much anticipated address comes three days after the Federation of Kenya Employers (FKE) warned that thousands of workers could be laid off in the next six months due to the effects of the pandemic.

According to FKE chief executive Jacqueline Mugo, 80 per cent of jobs were wiped out between March and July, and more workers could be sent home by December.

Kenya’s economy slowed down to a five-year low in the first quarter of this year as the virus outbreak disrupted all sectors.

According to the latest data from the Kenya National Bureau of Statistics, in July, the Gross Domestic Product (GDP) growth slowed down to 4.9 per cent for the first three months of this year, down from 5.5 per cent over a similar period last year.

Financial crisis at home is pushing me to my ex 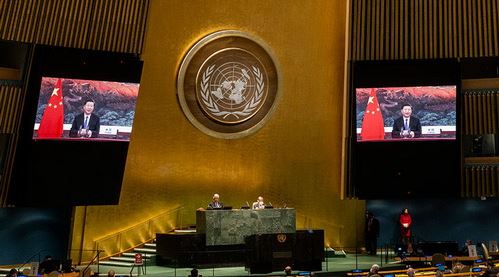