Pressure continued to mount on President Uhuru Kenyatta to gazette the six judges that he declined to appoint on Thursday last week.

Khwisero MP Christopher Aseka said yesterday that the President erred in declining to gazette the six judges including one of his prominent constituents.

“I hold the President in high regard but failing to appoint the six judges is an up front to the Constitution,” he said.

The legislator said the President was setting a dangerous precedent by violating the rule of law as his predecessors would follow suit and “do even worse”.

In a statement, Aseka urged the new Chief Justice Martha Koome and the Judicial Service Commission to ensure that all the 40 judges were sworn in.

“I call upon our President to adhere the advice of Chief Justice Emeritus David Maraga and act in accordance with the Constitution of Kenya,” the MP said.

“Selective appointment borders on intimidation of the judiciary by the executive.

All the three arms of government; the Executive, Parliament and the Judiciary must be respected and function independently,” he added.

President Uhuru Kenyatta  on Thursday finally appointed 34 judges out of the 41 judges proposed JSC in 2019, leaving out six in a move likely to open a new war front in the courts.

One nominee, Harrison Okeche, died in a road accident in October last year.

JSC had nominated 11 High Court judges for appointment to the Court of Appeal on July 22, 2020, after interviews but the President appointed only seven.

Others who shared similar sentiments include Elgeyo Marakwet Senator Kipchumba Murkomen, who in a tweet said:  “This a watershed moment in the history of our Judiciary and will define the Legacy of CJ Koome. Over to you madam CJ!”

“Not a SINGLE one of the 34 judges should be sworn in this CJ Martha Koome cannot BLINK,” tweeted law scholar Makau Mutua.

Senior Counsel Ahmednasir Abdullahi opined that Justice Koome and JSC should have an emergency meeting and resolve unanimously to engage President Kenyatta to appoint all 40 judges. 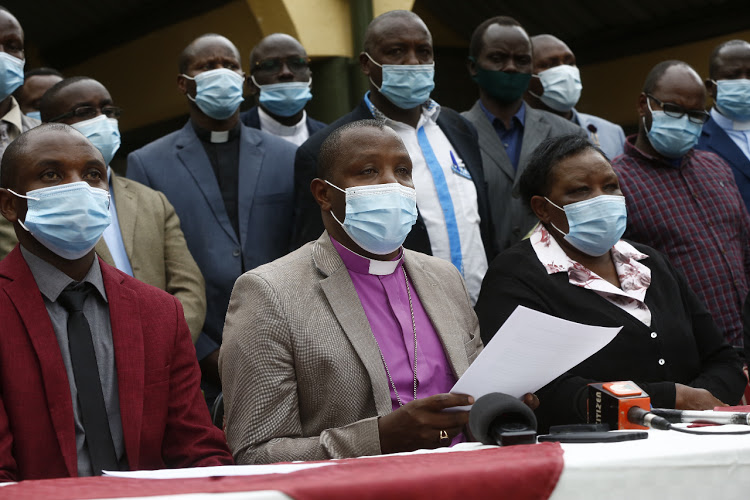 Respect each other – Church leaders tell Koome and Uhuru

Koome’s baptism of fire as Uhuru hits out at courts