The Ministry of Interior Permanent Secretary Karanja Kibicho has come out guns blazing at Mathira MP Rigathi Gachagua for perennially blaming him and interior CS Fred Matiang’I for his woes.

Speaking to local television on Wednesday, August 4, PS Kibicho told off the MP saying he should carry his cross and stop linking him to his corrupt scandals.

“We have reckless politicians like Gachagua who in every opportunity on this earth can’t open his mouth and finish without mentioning CS Matiang’I and PS Kibicho,” he stated.

PS Kibicho appeared fed up with persistent claims from a section of leaders who perfected the art of attacking the interior ministry whenever they are facing the law.

“Whenever he has a problem, I think he has them because the people of Nyeri said he embezzled funds, let him deal with it. Let him not drag Matiang’I and Kibcho into his woes,” he said.

“We have no issues with embezzlement of funds in Nyeri County, let him deal with that problem. He cannot be that every time the rule of law takes its course, he starts to say that it is Kibicho,” I think that is reckless and he needs to grow up,” he added.

He further told Gachagua to stop thinking that the current administration is being run recklessly the way he used to operate as DO in the Moi Government era.

According to Kibicho, every administrator is accountable for his action as per the current constitution.

“He is used to be an administrator in this ministry when they used rungus during that time because the constitutional order that time was different. He has forgotten that when we moved to the new constitution, there is accountability for every action,” Kibicho said.

“He thinks the recklessness he was using in Molo and other places when he was a DP continues. O want to tell him that stopped,” he stated.

The interior ministry has been a subject of attack by MPs allied to Deputy President William Ruto.

Most of them have accused PS Kibicho and CS matiang’I of intimidation because of their support for DP Ruto. 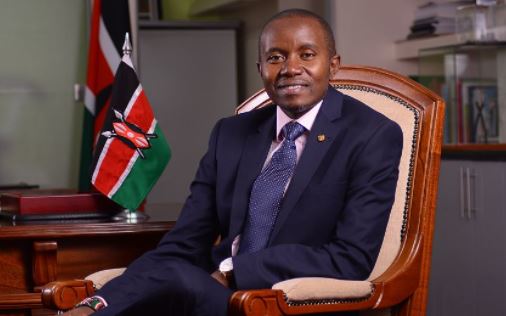