A Rastafarian has gifted a goat to Deputy President William Ruto which has seen the middle-aged man called upon to engage with the second in command in person.

In their conversation, Ruto revealed the two had agreed to engage in business together in a win-win situation.

"We have agreed to do business together with this man," Ruto said as he handed the man an appreciation token whose amount was not revealed.

While addressing a mammoth gathering at the sprawling village, Ruto who was accompanied by a host of leaders, among them hopeful Kiambu Governor Patrick Wainaina insisted that the solution to Kenya's economic challenges was stuck in supporting low-income earners to grow their business enterprises.

"We shall not allow someone else to come and plan the future of our country for us. We are set and ready to transform the nation," Ruto said.

On his part, Wainaina urged residents to rally behind Ruto saying he meant well for the economic growth of Kenya.

"The bottom-up economic model is the best for this country, and we will rally behind him to ensure he takes over the next government," Wainaina said.

Wainaina took issue with leaders in the Mt Kenya region who have formed political parties to compete with United Democratic Alliance (UDA) saying they were out to sell tribal ideas instead of joining hands to form a national party that roots for unity and cohesion. 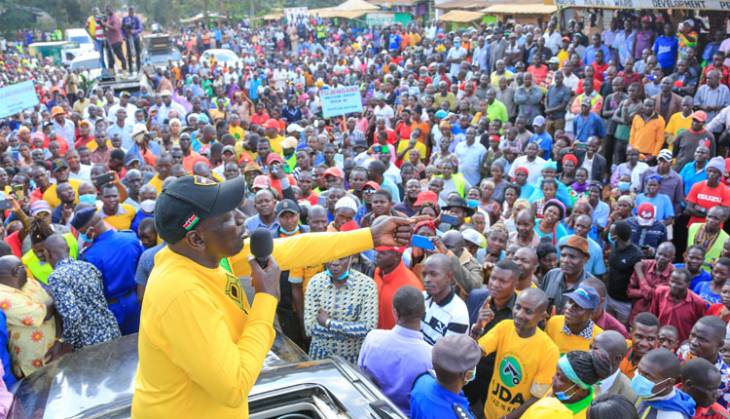 ‘If I vie for the presidency, I can defeat Ruto’ – Babu Owino