Bar and restaurant owners have a reason to smile after the government extended their hours of operations from 7pm to 11pm.

Health Cabinet Secretary Mutahi Kagwe yesterday clarified that henceforth, restaurants and bars will be allowed to operate up to 11pm, or in line with their respective operational licences.

Clarification followed widespread confusion that arose following President Uhuru Kenyatta’s directive, lifting the dusk-to-dawn curfew, which had been in place since the Covid-19 pandemic broke out in March last year.

The President’s directive, which was received with jubilation across the country, was, however, silent on the fate of bars and restaurants, as well as night travel.

Yesterday, Kagwe clarified that the directive meant bars and restaurants will operate up to 11pm, from the previous 7pm.

He, however, had bad news for operators of Public Service Vehicles (PSVs), which he said will have to await guidelines from the transport industry regulator, the National Transport and Safety Authority.

The CS, however, had good news for religious and sports enthusiasts, noting that places of worship and sports stadia will henceforth be allowed to carry two thirds of their capacity.

“With the removal of the curfew, what next?” Kagwe posed, before setting the records straight.

“We are reverting to closure of bars and restaurants at 11pm or the time allowed by the licensing authorities,” he stated.

Kagwe emphasised that protocols on hand washing and social distancing remain in force.

“This means, all facilities will still be expected to have hand washing posts and abide by the set seating capacity as per the set protocols,” he said

As a measure of confidence that Kenyans visiting these places will take individual responsibility to further thwart the escalation of Covid-19 infections, the CS appealed to devolved units and enforcement agencies to ensure licensed facilities abide by their license conditions.

“County public health officers are also required to ensure sanitary and other health conditions are met at all times,” he said.

But even as Kagwe set out the new guidelines for restaurants and bars, the Kiambu Bar Owners Association chairman, Richard Kagiri, was quoted by a section of the media declaring that those whose licenses read “bar and restaurant” would start operating on a 24-hour basis.

“Night clubs are licensed to open until 2am,” Kagiri declared without stating on whose authority this would happen.

On night travel, Kagwe stated that a clear directive will come from the Transport ministry on the way forward. This, he said, will happen in the “shortest time possible.”

“In the same way that the ministry has developed protocols in collaboration with stakeholders in the hospitality sector, we have done the same with the transport sector.

“I am aware that the Ministry of Transport is seized of this matter and will be appraising you on it in due course,” the CS told journalists last evening.

He urged Kenyans to get vaccinated and not to relent on following Covid-19 protocols.

“Our appeal, therefore, is to all those who are eligible for inoculation to turn up in vaccination posts...

The reduced positivity rate does not mean that the pandemic is over and that there will be no other wave. Nothing is further from the truth,” he said.

The move to have curfew vacated followed a review of the containment measures by the National Response team and the National Security Council.

On Wednesday night, several hours after the President announced the lifting of the curfew, Police Headquarters stated that bars in the country will remain closed after 7pm. 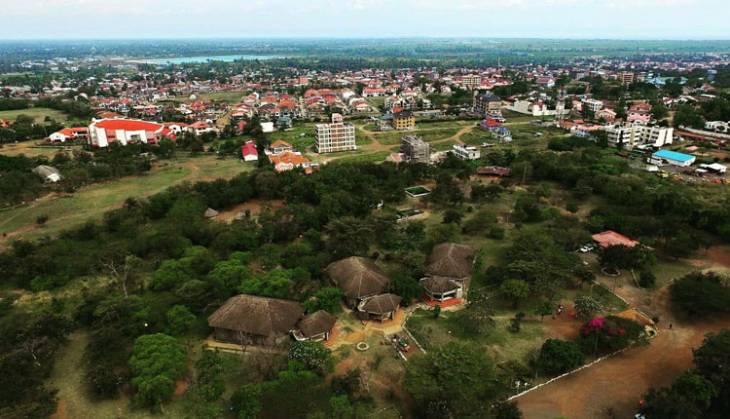