A day after opposition leader Raila Odinga toured Murang’a, leaders affiliated with Deputy President William Ruto have come out to dismiss presidential endorsement of the ODM Party leader by a section of politicians from the area.

Kiharu Mp Ndindi Nyoro said Odinga is not sellable in Mt. Kenya and he shall not get any support from the region.

“The people of Mt Kenya have already agreed unanimously that we shall be supporting Ruto and shall vote for him as a bloc,” he said.

He said anybody who wants to tour the region is welcomed but they should try their luck on votes elsewhere.

The MP also claimed that Odinga had duped people that it was President Uhuru Kenyatta who was coming to Murang’a in order for him to attract the masses.

“The artists who were in the meeting had been told they are going to celebrate their victory in securing a better plan to earn money but it turned out to be a political platform,” he said.

He claimed the former primer cannot be trusted as he is known for causing chaos in governments citing the coalition government that he formed with retired President Mwai Kibaki.

Ndindi also claimed that there is an orchestrated plan by the deep state to have as many people from the region form their own parties so as to divide votes and cause divisions.

He said this is one of the tactics by the government to ensure DP Ruto does not get enough votes to enable him to win in the first round.

“The DP has been enjoying massive support in this region but there are deliberate efforts to divide the mountain,” he said.

Kang’ata on his part said they shall continue drumming up support for the deputy president in and out of the region to ensure he secures the win in the next poll.

“It’s evident the region and its people support Ruto and that is a fact that we can’t change,” he added.

He said people are already yearning for a change in leadership as the current government does not seem to care about the welfare of the common person. 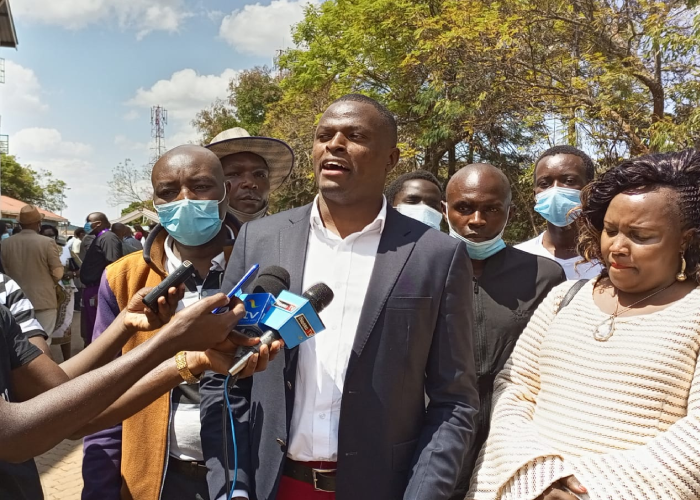 Ndindi Nyoro to Matiang’i: You can’t be CS now and be presidential candidate in 2022, resign